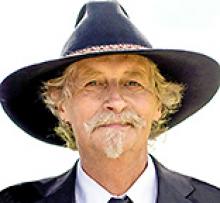 We lost our beloved Boyd on September 18, 2021, aged 72. Boyd was born in Brandon, MB, on October 25, 1948 and resided in Winnipeg.
He was the son of the late John Raymond and Betty Jean Barber. He is survived by his partner Jean Doucha; daughter Rachel Barber Rand and her partner Brent MacDonald; son Delaney Barber; daughter-in-law Haylan Jackson; and grandchildren, Jeremy and Jessica Rand, and Guthrie and Farley Boyd Barber. Boyd had four sisters, Allison Barber, Molly Barber (Rod Neumann), Kitty Barber (Tina Brand), Deirdre Barber, and brothers, Dixon and John. His brothers-in-law and sisters-in-law, all from Wisconsin, include David Doucha (Roxanne), Dean Doucha (Mary), Brian Reif (Ruth), Ronald Reif (Lorri), Randy Reif (Marilyn), Debra Voss (Dan), and Paul Reif. Boyd had numerous nieces and nephews, and wonderful friends who also mourn his loss.
Boyd was a descendant of Manitoba pioneer families including the Barber, Boyd, Shoaff, and McIntrye families of Carberry, and the Munn, Marshall, Graham, and Kilgore families of Wellwood. Boyd had fun memories of the Carberry Plains, spent part of his childhood in Flin Flon, MB, and later emigrated with his family to Hoyt Lakes, MN, where his father worked in the taconite mines as an electrician. A graduate of Aurora High School, MN, Boyd then lived in Minneapolis briefly before enlisting in the Canadian Navy. In 1969, he became a survivor of the worst peacetime disaster in the history of the Canadian Navy when a blast occurred on the HMCS Kootenay, killing nine men and injuring dozens on board. It changed his life forever.
The Barber family eventually moved to Wisconsin where Boyd met Jean and they were married in Winnipeg in 1975. After living in Saskatoon for five years where Boyd became a Journeyman Industrial Mechanic while working at the Allan Potash Mine, they moved back to Winnipeg in 1981 and spent the last 35 years living in St. Norbert, MB. Boyd worked at the Cullaton Lake Gold Mine in Nunavut and various places in Winnipeg including Versatile, the Behavioural Health Foundation, and the Health Sciences Centre, before retiring from Phillips and Temro Industries in 2011. He also served as president of his local United Steelworkers Union for a number of years
Boyd was a poet, singer-songwriter, guitarist, reader and a generous soul. He loved fishing in Duck Mountain Provincial Park, riding motorcycles, and his time as a hockey, soccer and baseball dad and granddad, assisting with coaching when he could. He passed his love of music on to many people in his life, none more so than to his sister Kitty, and children Del and Rachel. He cherished his time playing music and songwriting with Del, and friends Chris, Ray, and Nancy. Boyd and Jean loved travelling nationwide to attend festivals and live music events. He was always teaching those around him to be better people, to have empathy, to advocate for justice and equality, and to appreciate people who devote their lives to helping others.
His presence and witty disposition will be profoundly missed and he will always be a part of our lives.
Boyd believed in angels, the earthly ones who take care of others. The family wishes to extend a special thank you to the Palliative Care team and staff at St. Boniface Hospital. We witnessed the extraordinary compassion and servitude during this pandemic when the family needed it most. For that we are forever grateful.
A gathering of family and friends will occur at the Times Change(d) High and Lonesome Club at 1:00 p.m. on October 2, 2021. People wishing to attend must have proof of Covid vaccination. As attendance is limited, please register to attend by RSVP to bbarbergathering@gmail.com. In the meantime, Boyd's family kindly requests that his friends and relatives take a few minutes to honour his memory by visiting his tribute page at EthicalDeathCare.com. A photo-biography, as well as memories and stories published by those who knew him, are available there.
The family asks that donations, in lieu of flowers, be sent to the Behavioural Health Foundation, Box 250, St. Norbert, MB, R3V 1L6 or please give to UMFM or CKUW Community Radio stations.