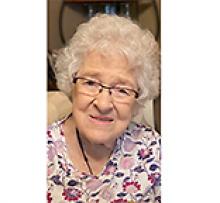 It is with great sadness that we announce the passing of our loving mother Edith Green.
Mom was a loving mother, nanny, aunt, great aunt, cousin and friend to those who knew her. She will be sadly missed.
Mom was predeceased by her mother Ruth (nee Popplestone) and father Ted Finch-Field; her sisters, Gwen, Fern, Lois; and brothers, Horace, Edward, Jackie, Regie, Ron and Berkley.
In her early years, Edith was employed by Imperial Optical, painting irises for the blind and ushering at the Gaiety Theatre. Soon after, she was married and devoted her life to raising her three children and becoming a single mother, later on. While raising her three children, she found employment at Woolco (Walmart) and during that time, she made many friends with those she worked with and retired over 20 years later.
Mom will be greatly missed by her children, Laura (Randy), Leanne (Bruce), and Rodney (Gloria); along with her grandchildren, Zachary, Alexandra and Emily, as well as many nieces and nephews.


I give you this one thought to keep
I am not there, I do not sleep
I am the sunlight on ripened grain
The gentle autumn rain
Quiet birds in circled flight
The soft stars that shine at night
Do not think of me as gone
I am with you still in each new dawn

In lieu of flowers, donations can be made to the Kidney Foundation.