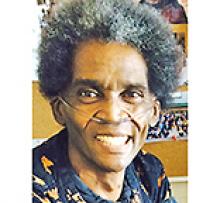 It is with heavy hearts that we announce the passing of our dear brother, brother-in-law, partner, uncle, nephew, cousin and friend, Vincent Augustine Atwell, on Monday, September 20, 2021. Vincent was born on March 20, 1961, the second of three sons, and the 5th of seven children born to our loving parents, George and Frances Atwell, who predeceased Vincent in 2017 and 2015 respectively. Vincent was also predeceased by his beloved "big brother" and best friend, Gerry Atwell, in 2019.
Vince leaves behind to remember him his dear partner of 23 years, Angie Fung; his Auntie Phyllis Atwell of Vancouver, BC; his siblings, Carol Atwell Kinley (Richard), Judy Williams (Paul), Jocelyn Merritt (Ken), James Atwell (Suzanne) Cathy Atwell (Simon); along with his nephews and nieces, Sean (Ashlee) and Carla (Darrin) Williams, Brendan and Nicola Kinley, Bennet and Kim Atwell, Julien Langis; and great-nephews, Caleb Williams (Danielle) and Jacob Thiessen. He is also remembered by numerous cousins in Canada, Trinidad, and Australia, along with close friend, Jim Ross, and many dear friends.
As a youth growing up in St. Norbert, Vince particularly enjoyed, played and excelled in various sports, including football (even coaching young children for a short while), baseball, and Olympic wrestling for which he won Manitoba championships. He took piano lessons, like most of his siblings, and enjoyed listening to music. He appreciated his assignments as a security guard at various locations in the city, often working night shifts. Vince was a protective older brother, could be a good listener, and was known to give good advice. From youth on he was loyal and supportive to his friends, and enjoyed doing a kind act for someone in need. He also loved to read and do research, spending hours at the library. He worked out regularly at the Sherbrook Pool near his residence. Vincent loved his family and treasured time with his nephews and nieces, of whom he was extremely proud. Despite his own failing health, Vincent devoted many years to caring for his beloved Angie as she herself faced various health challenges.
Vincent loved life, despite his struggles with schizophrenia from his adolescence on and physical health problems in later years. In 2014 Vincent was the successful recipient of a double lung transplant, the last such procedure to be performed in Winnipeg. Over time he surprised and delighted hospital personnel, family and friends with the extent of his recovery. Finally, complications due to another illness took his precious life. He passed away peacefully with family by his side. Our family appreciates the continuous support Vincent received from members of the Manitoba Transplant/Respiratory team, Nurse Clarke Gallagher from Klinic and most recently the staff at Health Sciences Centre SICU and GA3 Step Down.
Community organizations such as public libraries, recreation facilities and health clinics provide safe and welcoming spaces for citizens. They provided vital social interaction and supported Vincent's thirst for intellectual stimulation and lifelong love of bodybuilding and fitness.
There will be an outdoor gathering to celebrate Vincent's life on Wednesday, September 29 at 3:00 p.m. at the St. Norbert Arts Centre, 100 Rue des Ruines du Monastere.


"He may have thought that when he was
gone the world would go on the same
without him, but it won't. Now that he is
not around, there is something missing -
a little less sunshine, a little less
sweetness, and a little less love!"
Love, Angie

In lieu of flowers, please sign your donor card, support community services in your neighbourhood, make a donation to the Lung Association of Manitoba, the Canadian Mental Health Association of Canada or the charity of your choice.