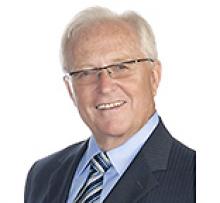 It is with profound sadness that we announce the passing of Roger at his cottage in Plage Albert, having lost his battle with ALS.
Roger will be lovingly remembered and missed by his wife Denise, son Dany, daughter Renée (Kevin Kapitoler), and his three precious granddaughters - Sophie, Maya and Zoé.
Roger was predeceased by his parents, Louis and Augustine Robidoux, his sister Gracia and brother Pierre, as well as his father and mother in-law, Jim and Germaine Ritchot. He leaves behind his siblings, Louise (Marcel), Laurent (Huguette), Hélène (Aurèle - deceased), Jacqueline (Christian), and Marcel (Gisèle), as well as his in-laws, Eveline (David - deceased), Rachelle (Leland), Norbert (Suzanne), Marcel (Henriette), Madeleine (Ron), Rolande (Richard), Émile (Lucy), and Arthur (Janice), and many nieces and nephews.
Roger was raised in Otterburne. It is there, under his grandfather's tutelage, that he first developed his love of woodworking and carpentry as well as his strong work ethic. With the help and encouragement of his second cousin, Msgr. Robidoux, Roger returned to school in Saskatchewan, completed high school, and went on to Teacher's College and then Bemidji State College where he obtained his certificate to teach Industrial Arts. He proceeded to establish the Industrial Arts programs in the schools of St. Norbert and Ste. Anne.
Roger was creative, hardworking and ambitious in his desire to provide a good life for his family. After nine years in the classroom, he became a real estate agent and subsequently a broker. He enjoyed a career of 48 years selling houses, farms, and investment properties. Roger was well known for his integrity, knowledge, and the quality of his service. As a result, he was sought out by many for his advice. His genuine nature allowed him to foster long-lasting business relationships and friendships with many of his local and international clients.
When it came time to retirement, it was difficult for Roger to stop working. To help him adjust to this, he took up golfing and enjoyed discovering and playing golf courses in Barbados, Bemidji, Phoenix and St-Pierre-Jolys. He had many discussions with his golf buddies - especially Émile. Together, they solved many of the world's problems. Retirement was also made more enjoyable by travelling with his wife to many countries around the globe, visiting friends and making fond memories.
As for the cottage, it was Roger's crown jewel. He built it all with ease because he was so talented. It stands as his legacy to his family, for all of us to enjoy. He enjoyed it too, and all of nature's gifts that surrounded it. The cottage allowed him to continue working at what he loved to do even after his retirement, and right until the very end. He always looked forward to his ritual coffee with his buddies in Albert Beach. Thanks guys!
Roger était un fier Franco-Manitobain. Il était passionné de sa langue, de sa culture et de son histoire, une passion qu'il a su transmettre à ses enfants et petits-enfants. Il était également aussi fier de sa communauté et de son village natal d'Otterburne, qu'il voulait absolument voir prospérer.
Passionné de la politique aussi, il n'était pas question qu'il n'ait pas son mot à dire au sujet des dernières élections. C'est avec conviction qu'il votait toujours par anticipation afin de ne pas manquer son coup afin d'assurer la victoire de son candidat.
Roger was diagnosed with ALS on September 7, 2021. For someone who was hardly sick a day of his life, the changes and challenges brought on by this devastating disease were heartbreaking. Courageously, he faced each day with patience and love.
Denise has lost her fabulous dance and life partner. Dany and Renée lost their much-loved father, as well as a much-appreciated mentor in life and also in business.
The family thanks Dr. Mostafa Ghoneim for the care and sincere attention that he gave Roger during his illness.
Funeral services will be held in the ruins of the Saint-Boniface Cathedral on Wednesday, September 29, 2021 at 1:30 p.m.
Donations can be made in Roger's memory to the ALS Society of Manitoba, 1717 Dublin Avenue #2A, Winnipeg, MB R3H 0H2.

Family and friends may sign a
book of condolence online at www.desjardinsfuneralchapel.ca.