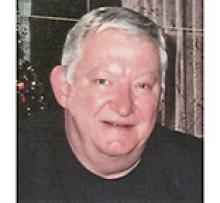 It is with great sadness that the family of Alexander (Al) Kowal announces his passing.
Al was born on April 8, 1941, in Marwayne Alberta. The son of Wasyl (William) Kowal and Anastasia (Nancy) Kowal.
He grew up in in Lloydminster, Alberta, active in sports in his high school, even setting several records at the regional level in distance running. He treasured belonging to the Royal Canadian Air Cadets, earning the rank of Flight Sergeant, attending Senior Leaders course and receiving the Group Captain West trophy for the top marksman.
After attending one year at the University of Saskatchewan, he pursued a career in broadcasting as a DJ at CJNB North Battleford and CFQC Saskatoon.
In September of 1964, he married his treasured love, Donna, moving to Wausau Wisconsin, where he worked as a radio and TV announcer. They returned to Canada in 1966 and shortly after, he became the Program Director of CFMC-FM Saskatoon. He returned to the University of Saskatchewan and earned a BA in Economics, followed by a Commerce degree and finally an MBA. After graduating, he joined CBC Television, Winnipeg, as a Unit Manager. He looked after business aspects of such sports productions as CFL Football and CBC Curling Classic, also Reach for the Top and the Canadian edition of Sesame Street.
He moved into developing computer software installed at CBC locations across western Canada, becoming Computer Systems Consultant to the Finance and Planning Departments at CBC headquarters in Toronto.
Friends and contacts in the beauty supply industry drew Al away from corporate work, and he started working for himself developing software. His software supported beauty supply businesses from Victoria to Halifax and in such diverse places as Los Angeles, Las Vegas, San Antonio, Phoenix, and even as far as Honolulu.
Many early family vacations were spent camping, with the most favourite destination being along the Banff-Jasper highway in Alberta. However, over the past 35 years, Al and Donna favoured spending winter months in Arizona. What he loved about Arizona was that they would be able to visit with friends they would not normally see back in Canada, as they visited Arizona too.
Al felt he was blessed to have a full life that had spanned through different careers. However, in-spite of the many degrees after his name and job titles he earned, his most cherished and rewarding title was "Grandpa." Nothing in the world brought him more joy than his two grandsons.
Throughout his life Al had an abiding faith in the Creator of the Universe. From the majestic splendor and vastness of outer space, to the intricate and delicate mechanism found in the eye of a hummingbird, Al felt the presence of God around him. He attended Mass every Sunday at either a Ukrainian Catholic or Roman Catholic Church.
Al is predeceased by his father, mother, and brothers, Bill and Roman. He leaves behind his wife Donna; son Jayson; daughter Andrea; son-in-law Evan Wilcosh; grandsons, Riley and Alex; sister Anne Pawelek and his extended family across Canada.
A very special thank you to the Intensive Care Unit (ICU) at Grace Hospital for their care, attention and compassion.
Services will be held at St. Basil's Ukrainian Catholic Church - prayers on Monday, September 27 at 7 p.m. and the funeral mass on Tuesday, September 28 at 11 a.m. Due to COVID-19 capacity restrictions, please RSVP to Rose at (204) 888-3884 if you wish to attend either or both.
For those who wish, please consider donating to the St. Basil's Ukrainian Catholic Church Building Fund or to The War Amps Champs program.