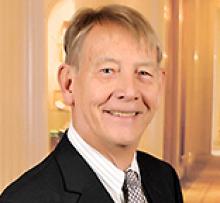 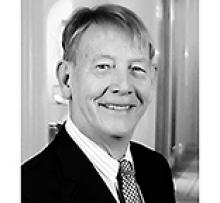 With sadness the family announces the passing of Terry Clifford on September 23, 2021, at Riverview Health Centre at the age of 84.
Terry was born of humble beginnings in Margate, Kent, England on December 28, 1936 to Connie and Edward Clifford. Terry's closest sibling was his brother Anthony (Tony). He had a number of considerably older half-sisters and brothers as Connie and Edward had previous marriages. Connie's youngest daughter Margaret returned home to help her mother raise Terry and Tony after their father died in 1949 of lung problems sustained during his career as a coal miner and general labourer. Margaret remained a constant in Terry's life until her passing in 2014.
Terry attended Chatham House School in Margate. He served his compulsory military service in the British Army from 1955 to 1957. He was in the Royal Fusiliers and his service included going to Suez during the crisis in 1957 and he once stood guard at Buckingham Palace. Following his military service, he attended St. Mary's Teachers' College in Twickenham from 1957 to 1960. He majored in Pure Mathematics, Applied Mathematics and Physics and enjoyed playing rugby. He taught school, mainly math, in London and in Bristol. He married Anne Sivewright and they had two sons, Paul and Simon.
In 1968 a recruiter from Winnipeg School Division came to England seeking teachers. When asked why he decided to make the move Terry said that he could see his career stretching out ahead of him with very little change or challenge for the next 30 years. He wanted something more and so he and his family boarded the Empress of Canada and sailed across to Canada. One of his first summers in Canada was spent travelling to Eastern Canada on a camping trip with his family.
In Canada Terry began teaching Mathematics at General Wolfe School and eventually moved to Gordon Bell High School and then became the Math Consultant for Winnipeg School Division. He enjoyed his work in program development and doing in-services and working with other teachers. He became heavily involved in the union side of things with the Winnipeg Teachers' Association and then with the Manitoba Teachers Society becoming president of both these organizations. In that capacity he travelled to several overseas conferences. He had a strong interest in Early Childhood Education and was an advocate for universal programs.
His first marriage ended in the early 1970s and in 1984 he married Gayle Robertson and their daughter Sarah was born the next year. Paul and his family live in Sweden; Simon and his family live in Ottawa; Sarah and her family live here in Winnipeg. Both sons are in the computer business and Sarah followed her father's footsteps and teaches high school Physics.
Terry and Gayle took a deferred salary leave during the school year 1987-1988 and packed up their two-year-old daughter and travelled around the world for a year. Stops included time with family in England, across to Europe, and then to Greece and Cyprus. They spent Christmas in Abu Dhabi with Terry's brother Tony and then were off to India, Thailand, Burma, trekking in Nepal, and to Bali where they celebrated Sarah's third birthday. Australia and New Zealand were next followed by Hong Kong and a trip to China accompanied by Gayle's sister Maureen. Subsequent years included trips to Cambodia, Vietnam, Singapore (where Tony was living), China, South America including the Galapagos. Machu Picchu, a trip up the Amazon and down to Tierra del Fuego where he was interested to sail by the Falklands. Recent winters have included cruises, time in Mexico and there were certainly plans for future travel.
Terry enjoyed spending time puttering around at the family cottage at Royal Lake in the summers. He went on regular walks with the dogs Scruffy and Daisy. He enjoyed weekly bridge and golf games with friends and meetings with Sharecroppers as well as lunches with TLC. Terry would say he was a reasonable bridge player and a 'not-very-good' golfer. His friends would say he was a very good bridge player and agree that he was a 'not-very-good' golfer. All would agree that Terry's sense of humour and penchant for puns were a source of amusement (and sometimes groaning) for those around him. He enjoyed puzzles and games of all kinds.
Terry will be sadly missed by his family. He is survived by his wife Gayle; his children, Paul (Lisa), Simon (Stacey) and Sarah (Wilson); and four grandchildren, Liam and Viggo Clifford, Ryan Clifford and Noa Santiago. He is also survived by his nephew Anthony who also carries on the Clifford name. He was predeceased by his older sister Margaret and his younger brother Anthony both in 2014, as well as all of his other siblings.
Cremation has taken place and a gathering celebrating his life will be held on Wednesday, September 29, 2021 from 11:00 a.m. to 2:00 p.m. in the reception area of Voyage Funeral Home, 220 Hespeler Avenue at Henderson Highway. Current Covid protocols will be observed and masks must be worn. At the family's request guests are asked to be vaccinated.
The family thanks Dr. Colangelo, Terry's home care workers and the hospital staff, particularly those at Riverview Palliative Centre, for all their kindness and care.
Should friends wish donations may be made to the Heart and Stroke Foundation, Parkinson Canada, Operation Smile or Angkor Hospital for Children.

To sign the book of condolences, please visit: www.voyagefuneralhomes.com


With sadness the family announces the passing of Terry on September 23, 2021 at Riverview Heath Centre at 84 years of age.
Cremation has taken place and a gathering celebrating his life will be held on Wednesday, September 29, 2021 from 11:00 a.m. to 2:00 p.m. in the reception area of Voyage Funeral Home, 220 Hespeler Ave. at Henderson Hwy.
Longer obituary to follow.