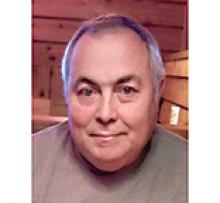 It is with deep sorrow that we announce the passing of Jessie Pacheco, at the age of 64, after a brave battle with cancer. May he now rest in peace.
Jessie will be remembered by his loving wife of 43 years, Paula, his sister Filomena (Joao), many in-laws, nieces, nephews, godchildren, extended family, and friends. He was predeceased by his daughters, Corrina Elizabeth and Victoria Ashley; parents, Arnaldo and Maria Pacheco, and in-laws, Elias and Brisida Da Costa.
Jessie was born in Sao Miguel, Azores and in 1973, immigrated to Canada. In 1978, he married the love of his life and together, they built a wonderful life. Jessie had a passion for building and became a master cabinet maker. His work will live on in people's homes, salons, schools, and restaurants throughout Manitoba and Lake of the Woods.
While mastering his craft and operating a successful business, he still found the time to build his cottage in Lake of the Woods, Ontario, where he spent the past 33 years with family and friends. This was his happy place. Jessie loved the outdoors and was an avid hunter and fisherman, taking him as far North as Alaska and as far South as Texas. He also enjoyed his frequent trips to Mexico and Portugal, where he made many memories and friends along the way. Jessie lived a wonderful and full life.
We would like to thank the staff at GH4 for the care and compassion they showed Jessie during this time. We also want to express thanks to his brother-in-law Tony, and friend Pina, for all their support in our time of need.

No more suffering my darling,
Thank you for all your love--
Till we meet again.

Prayers to be said on Friday, October 1, 2021 at 7:00 p.m. at Cropo Funeral Chapel, 1442 Main Street.
In lieu of flowers, a donation can be made to CancerCare Manitoba. Make a donation to