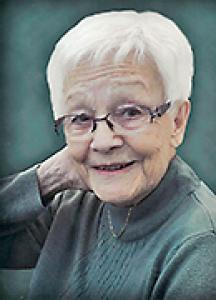 HOPE: Dawn Cecelia (nee Bathgate). Our beautiful mom, nana and sister passed away at home surrounded by her loving family on Friday, September 3, 2021. Dawn Cecelia Hope was born in Brandon General Hospital on September 12, 1931 to Blanche (Stewart) and John Bathgate. Her sister Bev came along 13 years later and they enjoyed growing up in Brandon together. Dawn completed Grade 11 at Brandon Collegiate Institute before leaving to go to work first in a women's clothing store and later as a bookkeeper at a lumber store. She met and in 1952, married the love of her life, Alan Hope. These are years that she remembered as fun and carefree as they travelled and enjoyed the company of dear friends. Sandy came along in 1958, Larry two years later and Warren in 1965. Dawn's life changed when Larry was diagnosed with a learning disability and epilepsy. She became a devoted and active advocate for the intellectually challenged and volunteered throughout her adult years with the Association for Community Living. Dawn was an integral part in founding and supporting Brandon Community Options, which eventually became home to Larry when Dawn and Alan came to the conclusion that his long-term best interest would be to join his age-mates and friends in their own home in the community. The decision was painful but as she always did, she put his needs ahead of her own. Dawn remained an active part of that organization for the remainder of Larry's life, which sadly ended in 2009. She was proud of what BCO had become and it remained close to her heart for the rest of her life. Life wasn't all work though; Dawn and Alan were also deeply involved in the planning and building of Riverview Curling Club where they both enjoyed years of friendship, fun and competition on the ice and off. The friendships made and nurtured there meant the world to Dawn and many were life lasting. Dawn loved the time she and Alan were able to spend with her sister Bev, Adam and the entire Zarazun family. Whenever there was work to be done or an occasion to celebrate, the Hope and Zarazun family were having fun and laughs together while doing it. The family trips to Ontario to spend time with Alan's twin sister Irene, her husband Hugh and his family were special times for Dawn. The station wagon would be packed up with children, luggage, coolers and off they would go, stopping to take pictures at landmarks along the way and picnicking on the lunches made ahead so they could make good time each day on the road. In the mid 1970's, Dawn and Al built their lakefront cottage at Ditch Lake while staying in their little camper on the yard. The work that went into clearing that lot and building the cottage is impressive to say the least but as always, friends and the Zarazun family were there and fun was as much a part of the day as the work. The cottage would become the place where family congregated and the annual family reunion would be held and would always be a much loved place for both Dawn and Al for the rest of their lives. Again, this is where dear friends were found with whom many good times were had. Dawn went through her life being aware and attentive to the needs of others no matter what was going on for her at the time. Her devotion to her whole family was awe inspiring. For her kids, she was their super-hero, role model, gentle, loving leader who taught them what it was to be generous, kind, thoughtful, strong, relentless when necessary and forgiving. She lived her values and it would never occur to her that there would be any other way to be. Her love was unconditional and endless. As Larry and Alan later faced the increasing challenges life put in front of them, Dawn was their tireless caregiver and advocate. Even as her own memory began to challenge her, Dawn's first consideration was to try to reassure those around her that she had lived a full and happy life and that her family should ensure that they would be ok. Dawn moved to the lake with Sandy and Randy in June 2020 where she was able to live out the rest of her days surrounded by loving family. Warren and Karen were there every weekend and the grandkids, Bev and family and her new little great-granddaughter were able to spend special time with her. Throughout their time together at the lake, Dawn showed strength, generosity, kindness and concern for those around her. This time was a gift to those around her and for that, they will always be grateful. She is deeply loved and missed. Left to mourn her loss are her daughter Sandy (Randy) and son Warren (Karen), grandchildren Lindsay (James), Jordan (Slava) and Cody (Jada) and her little great-granddaughter Ila. She was predeceased by her beloved husband Alan and dear son Larry. The family wants to thank those who enabled the family to be able to be together over this past year plus: Prairie Mountain Health Home Care, Self-Managed Care Program (Misti, Kylie and Marnie), caregiver team J, M and V, Flo, Kate and Darlene. The Ceremony to Celebrate Dawn's Life took place at Memories Chapel on Saturday, September 11, 2021 with Rev. Craig Miller officiating, followed by interment at Brandon Cemetery where Dawn was laid to rest alongside Alan and Larry. Donations will be gratefully accepted by Brandon Community Options, 136-11th St., Brandon, MB, R7A 4J4 or by e-transfer to brenlyne@hotmail.com (tax receipts will be issued).