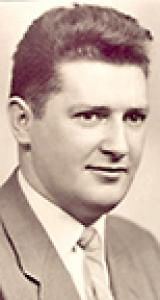 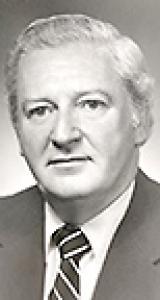 On September 27, 2021, after a brief illness, Alonzo Joseph Daley, our "Papa", was reunited with his mother (Eleanor), father (Alonzo Thomas), and a host of others sharing in God's infinite mercy.
He leaves behind his loving wife of 63 years, Lise and his children, Philip, Kathleen, Christine (Dave), Patrick (Diana), and Christopher (Tracey). He also leaves behind his nine grandchildren, Nicholas (Amanda), Alexander (Stephanie), Matthew (Brielle), Paige (Brendan), John, Benjamin (Kim), Colleen, Julianna, and Annalise.
Throughout his 90 years of life, our Papa was guided by three touchstones: an unshakable belief in God's mercy, an unconditional love of family, and an abiding courage to face life's challenges head on with grace and dignity. This was apparent early on. From his first job at age six in his father's peat log business to his adventures pitching in on the family farm, Papa embraced his experiences, using them as opportunities to learn and grow. And when he was laid up in the sanatorium with tuberculosis in his late teens, he took it as an opportunity to scheme and dream, to plan a better life for himself and a future family, without losing sight that he was an agent in a bigger plan.
Papa wasted no time when he left the "San". Criss-crossing the country, he began a series of jobs ranging from clerk, parks and recreation director, and labour relations negotiator. Along the way he met and married his beautiful wife Lise and raised his five children, instilling in them a love of God and family, and reminding them that how they faced life's journey matters. By his early 50s, his path appeared set with a career as a general manager with a corrugated container company.
At the age of 52, when most people start thinking of retirement, Papa found himself in a new city, Winnipeg, and without a job due to a corporate restructuring. With faith and courage he started Mid West Packaging in 1984, providing employment for dozens of people and opportunities for his children and grandchildren. The foundation he laid for his company was solid and his vision is currently being realized under the firm stewardship of his son Chris and his daughter Christine.
In his golden years, Papa didn't slow down, sharing winters with his family in Florida and summers at the lake, providing us with the building blocks and memories to guide our own journeys. He also indulged in his love of horses, securing a box at the track and investing in a stable that provided him with numerous trips to the winner's circle. Winning the Buffalo Stakes in 2019 was a capstone to this later career. However, these activities were grounded like everything else he did, as offerings of love and stewardship. Before passing, he ensured that his horses would go to good homes and would have meaningful jobs to do.
It was in his final days though that he taught us the most. With grace and love, he showed us that how we face our end matters most of all. Papa was a channel of God's peace and he taught us that everything will be OK. He was the captain of our ship and the world was a much better place with him in it.