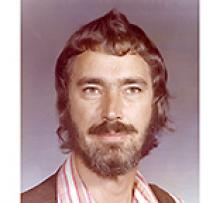 With sadness, we announce the passing of Richard Buss on September 26, 2021. He was born in 1936 at Winnipeg, Manitoba.
Richard was a public-school teacher in Ontario and Manitoba for over 30 years. After retirement, he lived in Alberta and British Columbia. He spent several years exploring these places before returning to Manitoba to live at his beloved Traverse Bay cottage.
Survived by his brother Danny, wife Helen, son Michael (Linda), daughter Erica (Paul), son Matthew, grandsons, Eric and Alec.
Richard was an avid photographer. He documented the lives of his family and his travels. He was a lover of wilderness and had a talent for finding beauty in the world's looked over places. Many of his prints hang on the walls of family and friends.
Richard was a man of peace with a strong belief in equality, equity, and justice. He worked to instill this belief in his children and students. He was possessed of a sharp wit and was known to wield it on any who thought they could out fox him.
A lover of finer things such as a glass of wine, Monty Python, a good song, and the sound of leaves in the wind.
A private memorial will take place at a later date.
In lieu of flowers, please consider a donation to the Orange Shirt Society or the Lake Winnipeg Foundation.

Condolences may be left on Richard's memorial page at www.interlakecremation.ca