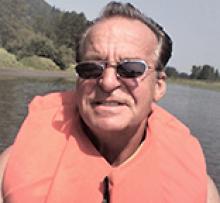 Frederick Anscombe Dorward of Winnipeg has passed after a battle with cardiovascular disease.
He was born in Leeds, England and moved to Edinburgh, Scotland as a young lad. He was talented in math and drawing. He first worked in the coal mines, as a brewery delivery driver, and bartender. He then apprenticed as a machinist. He immigrated to Canada in 1971 with his wife, Irene, and children, Lynne, David, and John. He was later common-law and widowed to Florence Storozuk.
He worked in the CNR for many years as a machinist where his skills were respected by his peers. He was a passionate golfer who missed the sport in his later years. He was well known for his charm, wit, passion for life, and his Scottish brogue.