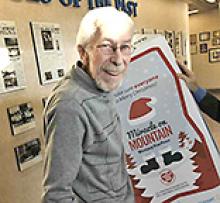 After a brief battle with COPD complications, Kai Lorens Madsen, born August 19, 1941 in Copenhagen, Denmark to predeceased parents, Borj Lorens Madsen and Klara Elisabeth (nee Jenson), passed peacefully at his residence in the presence of loved ones.
Kai leaves to mourn his wife of 38 years, Lisette Boies Madsen; two children, Suzanne McLellan Evans and Kevin McLellan; grandchildren, Daniel Evans, and Mathew Evans; and siblings; Michael Madsen and Anne Hamilton (both of Edmonton).
Kai immigrated to Canada with his family in May of 1953 and settled in Alberta where he began his working career at Litton Industries in 1966. He moved to Calgary where he worked at National Trust for a brief time before continuing on to a management position in Winnipeg with McBee Systems in September of 1970 where he worked until his retirement in 1994. Kai joined the Christmas Cheer Board of Greater Winnipeg in 1969, eventually serving on the board as Vice-President, then President and lastly as Executive Director. Kai's passion and organizational skills were just what was needed and under his leadership and guidance the charity prospered and grew into the model of efficiency that it stands today. Kai currently stands as the longest member of the Christmas Cheer Board, spanning 52 years. Over the years, his calm demeanour and contagious charm has befriended countless numbers of loyal volunteers, business owners, media personnel and public figureheads. Once he met you, you knew you had a friend for life.

"I've seen the best of everybody and when you think well of people, good things happen."

In his younger years, Kai was an avid horseman, curler, golfer and more recently, a glider pilot at the Winnipeg Gliding Club. He was a member of Toastmasters International and an active member of ANAVET #283 and #1. Kai was also an honoured recipient of the Queen's Silver Jubilee medal for outstanding and exemplary work in the community.
Kai leaves behind, his legacy in the community, a Cheer Board in good hands and a void in many hearts.
In lieu of flowers, donations can be made to the Christmas Cheer Board of Greater Winnipeg or the charity of your choice.