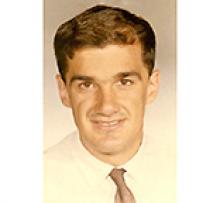 Waldo Pauls, of SPIKE House (Special People in Kildonan East) in Winnipeg, MB passed away on Wednesday, October 6, 2021.
He was born on December 23, 1943 in Main Centre, Saskatchewan, the sixth son of John and Tina Pauls.
Waldo's youth was spent on his parents' farm. A horse named Sandy was just the right speed for him and his brother Irvin. After his parents had looked after him for many years on the farm, and later on in Winnipeg, he came to SPIKE House in 1977. His sister Mary helped him get a regular job with WASO, and showed him how to travel to and from work by bus.
At the time of his passing, he was 77 years old.
He leaves two sisters, Laura (Neil) Funk and Bertha Klassen, and two sisters-in-law, Hilda (Hamm) Pauls and Lillian (Neufeld) Pauls. Waldo had many nieces and nephews in Winnipeg and elsewhere, some of them gathering every December 23rd for his birthday party where Aunt Mary supervised the "fishing" for take-home tiny gifts.
He was predeceased by his parents, John and Tina (Paetkau) Pauls, his sister Mary Pauls, his brothers, John, Adolph, Abe, Harold, and Irvin Pauls, nephew Herb Pauls, brother-in-law John C. Klassen, and sisters-in-law, Betty (Bartel) Pauls, and Martha (Funk) Pauls.
Cremation has taken place. Memorial service will be held Thursday, October 14, 2021 at 11:00 a.m. at Friends Funeral Service, 2146 Main Street. Proof of double vaccination will be required for attendance.
Many thanks are due to SPIKE House staff Kaila and Jayme, and the St. Boniface Hospital staff for excellent care. Deepest thanks to SPIKE House for many years of care.