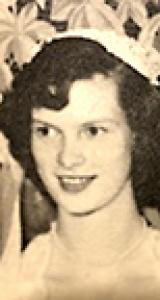 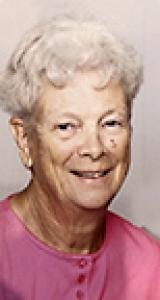 Suddenly, on October 6, 2021, at the age of 86, Dorothy Arklie (nee Jones) passed away at her home in Sandy Hook, Manitoba.
Dorothy is survived by her loving husband of more than 67 years, Ron Arklie; daughter Sharron Mahon (Ian); son Chris (Sharlene); and grandchildren, Rob and Megan Mahon and Brett Arklie. She was predeceased by her parents, Francis and Dorothy Jones, older brothers, Dave and Frank, and older sister Florrie.
Dorothy was born in Winnipeg and attended school in St. James, where she excelled both scholastically and as an athlete. She and Ron began dating in high school and have been inseparable ever since.
They married in 1954 and Dorothy worked at Great-West Life until Sharron was born in 1961, with Chris completing the family in 1963. As a young homemaker Dorothy sewed for herself and her children, knitted, cooked, baked, and hosted large, boisterous family gatherings. To this day Christmas isn't complete without her mince tarts.
Once Sharron and Chris were both in school, with the house a little too quiet, Dorothy went back to work at Great-West Life as a keypunch operator. Offered the opportunity to learn computer programming in-house, she soon became a valued member of the GWL programming department, specializing in solving knotty problems quickly and elegantly.
On retirement Dorothy and Ron took the leap from summer cottagers to year-round homeowners at Sandy Hook. They enjoyed many rounds of golf both at "the Hook" and in New Braunfels, Texas, when they became snowbirds. Other travels included trips to Portugal and Great Britain, a Caribbean cruise, and one memorable vacation in Orlando with Sharron and her family.
Dorothy was a voracious reader with wide-ranging tastes, from history to science fiction, archaeology to romance. She created many lovely petit-point and needlepoint pictures, in addition to keeping the family in warm sweaters. She was an early adopter of home computers and learned to surf the internet and shop online with the best of them.
She loved and was much loved and will be sorely missed. A Celebration of Life will be held at Gimli New Horizons, in Gimli, Manitoba on Saturday, October 16 at 2:00 p.m.
In lieu of flowers, please make a donation to the charity of your choice.