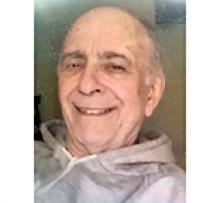 Ken passed away peacefully in Winnipeg at the Health Sciences Centre after a short illness. He had been a longtime resident of Selkirk Avenue, living in the original home built by his father in the late 1940s. Ken was predeceased by his mother Caroline, in 2002, and his father Peter, in 1950.
Ken began his working years with the Canadian Pacific Railway after finishing school, and retired in 1996 with the position of Senior Assistant General Yardmaster, Winnipeg Division. Since his retirement, Ken often spoke of friends and associates from his CPR days. He loved to talk about the trips he took to Mexico with his work colleagues where, over the years, he learned to speak a little Spanish. He was an active member of the CPR Retirees Association. Ken was also a member of the Beaver Masonic Lodge.
Ken also spent many years with the Sunset Trail Riders Snowmobile Club in Kenora, Ontario, and covered many miles throughout Northern Ontario and Manitoba with his snowmobile friends.
If you were to ask Ken of his greatest accomplishment and pleasure, there is no doubt that it would be his summer home at Black Sturgeon Lake, located in the Kenora area. From the time he purchased the lakeside lot in 1982, Ken spent most of his spare time at the lake, building and making the cottage into a comfortable and attractive summer home. He was very proud of the work he had done there!
As per Ken's wishes, cremation has taken place. His ashes will be interred in the All Saints Cemetery in the family plot, alongside his parents and grandparents.
An informal gathering of friends will be held at the cemetery (section A, row 9) on Saturday, October 23, 2021 at 2:00 p.m. Please check Covid Public Health orders to ensure compliance.
Ken donated his estate to the Caroline, Peter and Kenneth T. Dudjinski Memorial Fund, established and administered by The Winnipeg Foundation. If friends so desire, they may contact the Winnipeg Foundation to make a donation in Ken's memory.