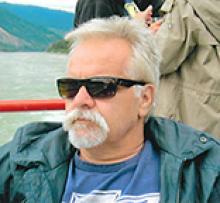 It is with heavy hearts that we announce the sudden passing of Donald Randall Hart on October 9, 2021 after a brief illness.
Don was born on February 3, 1961 and is survived by his loving wife Susan; daughter Shelby; stepdaughter Jennifer (Nick, Cai); brother Casey (Donna, Tyler, Evan); mother Sharon; father Donald (Sue, Chris, John, Rob and their families) and special aunt Kim and family.
Don was built stubborn. He loved a good laugh, cruising in his 69 Chevy, steaks on the grill, and was famous for strategizing to steal the best prize during the annual family Christmas game. He had a lifelong love for music and was a self-proclaimed 'Audiophile' with an eclectic taste for all genres. Sports were a big part of his life, from playing football to hockey when he was young, to rooting for his favourite teams when he was older. He especially loved watching many UFC fights with KC, Tyler, Evan, Craig and anyone else who would show up. It was rowdy and loud, just the way he liked it. He enjoyed travelling (not so much the getting there as planes were not designed for a man of his build) and had many adventures with his wife Susan.
A private service has been held, but we encourage anyone who knew him to raise a glass and celebrate him in your own way.
Many thanks to the kindhearted nurses and physicians in the Grace Emergency, the HSC Surgical ICU unit, and our family and friends who offered prayers and support during this difficult time.
Don left one final amazing gift - he is a tissue donor.
Both Don and Shelby shared an idiosyncratic love of all animals so please in lieu of flowers, donations may be made to D'Arcy's Animal Rescue Center - 730B Century Street, Winnipeg, MB.
Don has "tapped out," he will be profoundly missed.