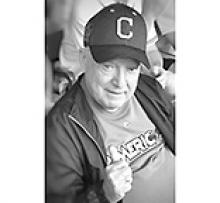 It is with profound sadness that we announce the peaceful passing of Barry Swanton in Langley, BC, on October 1, 2021, shortly after celebrating his 83rd birthday.
Barry is survived by Irene, his wife of 59 years; his three children, Kelly, Dean and Jane and their spouses; as well as his three grandchildren, Lauren, Landon and Regan.
Barry and Irene moved to the West Coast over 30 years ago, but his hometown of Winnipeg was still in his heart, and he had many cherished memories there. Playing multiple sports as a youth, and coaching both hockey and baseball for many years, he made a positive impact on everyone he met in the local sporting community.
After a long career as a supervisor with Canada Post in Winnipeg and Surrey, BC, where he formed many friendships and became a mentor to many, Barry turned to writing for his next chapter in life. In retirement, he became a published author, penning two historical books about baseball in Manitoba, his strongest passion. This led to his greatest honour: induction into the Manitoba Baseball Hall of Fame in 2006, as a testament to his dedication and positive contributions to the sport in his home province. In 2007, Barry also received the Griffin Award from the Surrey International Writers Conference, for contributions to Canadian society through the craft of writing.
Barry was rarely seen without his Cleveland Indians baseball cap on. As a dedicated Indians fan, Barry realized a lifelong dream in 2015 when he travelled to Cleveland with his son-in-law Marco to watch his beloved Tribe play ball on their home field. It was also a lifelong dream to see the Indians win the World series for the first time since 1948; we will be thinking of Barry if they ever achieve it and will celebrate with root beers and teen burgers in his honour.
Barry had an infectious, full-body laugh, and was always known as a gentle soul blessed with patience, honesty, integrity, and kindness. He will be greatly missed by family and friends alike.
Due to the restrictions of Covid, there will be a small gathering with immediate family to celebrate Barry's amazing character and achievements throughout his life.