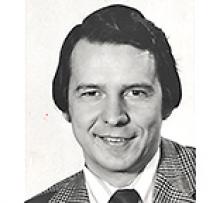 Edward (Ted) Montague Short, 82, passed away with his loving wife Patricia by his side, at St. Boniface Hospital in Winnipeg, Manitoba on October 7, 2021.
Ted was born in Saskatoon, Saskatchewan on November 11, 1938 to parents, Horace and Anne Short (both deceased). The first-born son, Ted was part of a large family that included his brother Ron and sisters, Connie, Shirley, Diane and Beverly. Ted had happy memories of the family's yearly getaways to Clear Lake and fondly reminisced about good times spent at aunt Helen's cabin at Ingolf, ON. Many hours were spent boating, waterskiing, cutting down trees and eating home-cooked turkey and pumpkin pie.
After a stint in Calgary, the Short family returned to Winnipeg in 1947, settling in the Wolseley, then South River Heights areas of town. Ted was educated at the Laura Secord and Gordon Bell schools, followed by two years at the University of Manitoba, where he took courses in Science and Architecture.
Ted left university to enter the workforce with Carter Construction as an estimator, where he worked on projects that included constructing D.C. powerline towers that connected Gillam to Winnipeg, as well as the Churchill Rocket Research Range. Later Ted was hired by Spantec, a company who constructed a number of notable local buildings. Ted was very proud of their work on the Health Sciences Psychiatric Center and the Max Bell Center at the U of M.
Finding early retirement unsatisfying, Ted worked as a fund manager and at another architecture firm (GBR) before formally retiring. Ted enjoyed working in his chosen field of 45 years and was a very social man, who loved talking about a wide variety of topics, from sports to current affairs to military history. An avid golfer, Ted was known to be a tough competitor but honest about fudging the odd stroke.
Ted had fond memories of trips taken with Pat, especially their 1974 honeymoon in England and Spain as well as a trip to the Bahamas later on. After purchasing a house in Fort Richmond, Ted enjoyed a rich family life with Pat, his son Patrick and his cat Alice, who followed him on his nightly walks. Ted enjoyed participating in community activities like Boy Scouts with Patrick and family trips to Minnesota and Las Vegas for R & R and gambling were highlights.
A lifelong fitness enthusiast, Ted enjoyed good health until the last few years. He is survived by his wife Pat and son Patrick Edward.
A private service will be held at Chapel Lawn Funeral Home.
Memorial donations can be made to the Winnipeg Humane Society. Pat and Patrick extend their heartfelt thanks to family, friends and neighbours who were so helpful during these difficult times.