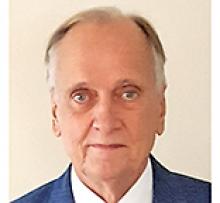 It is with heavy hearts we announce the passing of Ron on October 7, peacefully with his family by his side at St. Boniface Hospital.
Ron is survived by his wife Fran; daughter Kara (Wes) McCallum; son Ryan Martens; sisters, Dianna (Allan) White, Judi (Doug) Lay and brother Steve (Trudy) Martens; grandchildren, Ashton and Tyler McCallum, Paisley Martens and many nieces and nephews who loved their uncle Ron.
Ron is predeceased by his parents, Ben and Edna Martens.
Ron was born in Morris, MB and spent his childhood years in Steinbach and his high school years in Niverville, MB.
After graduating, he moved to Winnipeg where he met the love of his life and best friend, Fran. They were married in 1977 and had two children, Kara and Ryan. They spent most of their years in Winnipeg and at Pelican Lake, where they built their family cabin in 1988. Ron cherished his good fortune and many years at the lake creating countless memories with friends and family, boating, snowmobiling, enjoying lake life and trips south during the winters.
Ron was a kind and loving man who was dedicated to his career, community and always put family first. He enjoyed a long career retiring in 2018 after 25 years with Black & MacDonald (his work family). His involvement in community included President of the Cottage Association, President with Varsity View Community Centre and many roles coaching hockey and ringette and supporting causes close to his heart.
Funeral services will be held at Grant Memorial Baptist Church on October 21 at 2:00 p.m. for fully vaccinated guests only and available online at for those that aren't able to attend in person.
Bardal Funeral Home & Crematorium will be handling the funeral arrangements.
In lieu of flowers, donations may be made to St. Boniface Hospital Foundation or a charity of your choice.