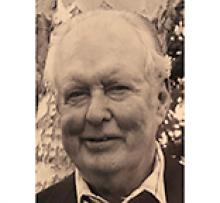 Donald Frederick Besant, beloved husband, father, grandfather, great-grandfather, brother, cousin, uncle, and friend passed away peacefully at Riverview Health Centre on October 9, 2021, at the age of 91 years.
Born in Winnipeg on July 20, 1930, Donald was the first of William and Lilian Besant's five children. He married the love of his life, Edith Ammeter, in 1953. They were inseparable for over 70 happy years, best friends to each other, and generous to everyone they knew.
Donald graduated from Norwood Collegiate Institute. He then went on to graduate from the University of Manitoba with a Doctor of Medicine, and obtained a L.M.C.C. (1954), a Certificate in Pediatrics (1958), and a Fellowship in Pediatrics (1973) from the Royal College of Physicians (Canada).
Donald belonged to no less than six medical societies, and held a number of medical positions. He also acted as an assistant professor at the University of Manitoba.
House calls were still a thing in his day, and Dr. Besant made many in his career, sometimes in the middle of the night. The lives of thousands of Manitoba children were impacted by his care and commitment. He worked as a pediatrician for 41 years until his retirement in 1995, but continued to work part-time for years afterward. He was loved by many in the community. Friends, parents, patients, co-workers, neighbours, and fellow parishioners of both Prince of Peace Lutheran and Faith Lutheran looked to him for his gentle wisdom and sense of humour.
Donald dedicated his life to a variety of causes. He worked to promote the inclusion and well-being of children with disabilities, the health of children in Indigenous communities, was a board member to a number of worthy causes, and contributed to both the Winnipeg Symphony Orchestra and the United Way.
Golf and curling were favourite pastimes of Donald's. He was also passionate about family get-togethers. Apart from the frequent get-togethers in Donald and Edith's Clearwater Road home, he'd often gather everyone for a big restaurant meal, and then generously foot the bill. After the meal, he'd make a little speech about how he loved everyone. As a Dad, he'd pack up his young family of four into a light blue station wagon, and take them on camping adventures across Canada and the States. He also took family on vacations to Europe, Hawaii, Costa Rica, Cuba, Mexico, Iceland, and the Holy Land. Later in life, he enjoyed driving the little red motor boat he affectionately called "The Lady Edith" up and down the Red and Assiniboine Rivers, with his wife Edith and other family in tow.
As a father, Donald loved his children dearly. He was a shining light, a teacher, a mentor, and an ally in each of their lives.
As a grandfather and great-grandfather, Donald referred to himself as "Grumps," but he was far from that. He brought joy and fun to, and kept a special place in his heart for each.
Donald is survived by his brothers, Robert (Joyce) and David; and his sister Geraldine Prouten (Frank) and sister-in-law Jean; his daughters, Carol Brisebois and Brenda Besant-Thompson (Brian); his sons, Stephen (Joanne) and Timothy (Teresa); his grandchildren, Benjamin, Justine (Shawn), Gabriel, Brandon, Matthew, Christopher, Kristy (Damien), Kristjan (Alexandra), Holly (Steven); and his great-grandchildren Elodie, Leah, Brett, Allison, and Nolan; and also, by many nieces, nephews, and their children.
Donald was preceded in death by his wife Edith only four months earlier; by his infant son Kenneth Donald; by his parents, William and Lilian; and by his brother Alvin.
The family would like to thank Pastor Chris Bishopp, Dr. Vivian Gerges, Sean from the St. Boniface General Hospital Palliative Care program, and the Riverview Health Centre.
If friends desire, donations can be made to Faith Lutheran Church, 1311 Dakota Street or "The Tomorrow Fund" (Dr. Donald and Edith Besant Fund) in care of the United Way of Winnipeg.
A private family interment will take place, and then a Celebration of Life in honour of both Donald and Edith will be held at a later date.
"Sentimental Journey" was one of Donald's favourite songs. We are so grateful to have been a part of the amazing journey that was his life.