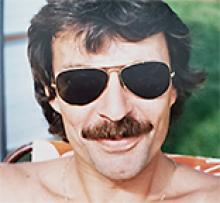 With heavy hearts, we announce the passing of Gary Kennedy on October 7, 2021, in Winnipeg, at the age of 68 years.
He is survived by his son Gary Jr. and his brother Barry (Rachelle). He was predeceased by his father Walter (1996) and mother June (1995).
Gary was a loving father who enjoyed spending time with his son. He worked many years as a buyer with Princess Auto at its headquarters in Winnipeg. In recent years, he worked at Edinburgh House on Wellington Crescent, a job that he very much enjoyed and the people he would interact with. Gary enjoyed sports and was a past season ticket holder of the Winnipeg Blue Bombers and Winnipeg Jets 1.0 version. He leaves us with many fond memories.
The family wishes to thank the nurses and doctors at the St. Boniface Hospital for the special care they provided Gary in his final days.
In accordance with Gary's wishes, cremation has taken place and no formal service will be held. Inurnment will be at Brookside Cemetery in Winnipeg.