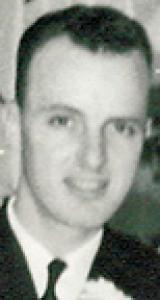 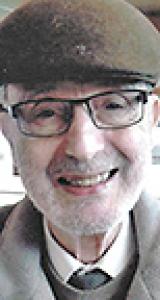 Philip Kevin Patrick Smyth, of Winnipeg, passed away peacefully, at Riverview Health Centre, with his wife, Frances, at his side.
The family would like to thank the staff at Parkview Place for caring for Kevin and for their kindness to the family. The family would also like to thank the staff at Riverview for their care during his final days.
Left to cherish his memory are his loving wife, Frances; his children, Deborah (Mike), Michael (Beth), Stephen (Blessy), Diane (Ron); grandchildren, Dustin, Patrick, Kara (Adam), Jason (Kiaunne), Bronwyn, Berlyn, Rebecca; and great-grandchildren, Lyla, Arlo, Elouise.
Kevin was born in Simcoe County, Ontario, the youngest of seven children. Toronto was his childhood home, where he attended St. Michael's Catholic school. Kevin was a good student, but his passion was in sports at the local community club, especially baseball, hockey and wrestling. In 1955, Kevin joined the Canadian Air Force and was stationed at Greenwood Air Base, where he met Frances, who would become his wife of 59 years.
His love of new challenges and technology led him, in 1968, to join the Signal Core of the Canadian Army. Kevin loved his time in the military and was well respected for his knowledge, leadership, and passion for learning, mentoring many young military technicians. Kevin retired from the military as a Warrant Officer.
Kevin and Frances were married on December 30, 1961, in Kingston, Nova Scotia. Four children soon followed, as did decades of a life filled with work, family, dogs and sports.
He had a great gift for storytelling, stories that were driven by his complex sense of humour, as well as his unique and infectious laugh. Kevin also loved crossword puzzles, especially from the New York Times and Free Press. He worked on them nearly every day, in ink, after he retired from the military.
Cremation has taken place, and a private family service will be held at Ness Baptist Church.
In lieu of flowers, donations may be made to the Alzheimer Society of Manitoba, or, a charity of your choice.
This obituary may also be viewed at friendsfs.ca where condolences may be left on his memory wall.