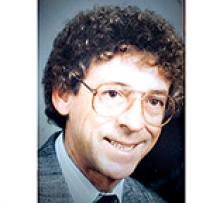 With deepest sadness, we announce the passing of Jerry, at age 77, at the Simkin Centre with his loving wife of 54 years at his side.
He is mourned by his wife Elizabeth (née Usher), son Mitchell and wife Tracy (née Neufeld) and grandson Kade, as well as his daughter Dr. Shannon Prud'homme. He is also survived by one sister Yvonne and Dale Swayze and brother-in-law Norm Usher and wife Sue, as well as many nieces and nephews.
He was predeceased by his father Edward Prud'homme, his mother Julia (née Gervais) Dudman, and his in-laws Jim and Peggy (née Mitchell) Usher, his brother Andrew (in infancy), as well as three sisters, Loretta (Fred) Adams, Irene (Len) Murphy, and Lucille (Joseph) Minchin.
Jerry was born in Winnipeg and began his career at Canada Life at 18 years of age, where he met his wife Elizabeth in 1964. In 1965 he was hired by the City of Winnipeg, where he was employed for 30 years (1965-1995). He worked in various departments, ending his career as a zoning inspector. He retired at age 51 and bought his first mobile sign company (All Around Signs). He went on to grow this company over the years, through acquisition of several other sign companies (A-Mobile Ad and Visual FX). He ran this company successfully with his son, until he stepped back from this in March 2020 due to Covid 19 risks.
Jerry was a long-time member of Crescent Fort Rouge United Church, where he taught Sunday School early on, was leader of the Finance and Property Committee for many years and was a Trustee on the Board until 2019.
Throughout his life, Jerry continued to contribute to the groups and organizations that he was a part of. He was always willing to help, to organize and to run events and committees. He was an easy-going person who always made the people around him comfortable and he was always willing to take on extra responsibility.
Jerry also enjoyed many sporting activities. He played on the City baseball team for several years, and began curling in the Metro Curling League in the mid-1960's until the 2019-2020 season. He remained active in this league until 2020, helping to run it for many decades, and acting as president for many years. He was always actively recruiting and supporting new members and worked hard to organize many of the social events and bonspiels over the years. Jerry and Elizabeth hosted annual pool parties at their home for members of the curling league, bringing everyone together as a family.
He took up golf in the mid-1960's as well and played at Kildonan Golf Course every Sunday morning with friends. In his later years, he was a member of the SOS Golf Club and golfed at various courses around southern Manitoba. He thoroughly enjoyed these golf days up until the summer of 2020.
Jerry had an adventurous spirit, enjoyed spending time at the lake with friends, and camping with family. He took up water skiing and downhill skiing in his 30's, sharing those skills and his love of adventure with his children. He often arranged ski trips for family and friends, as well as golf and fishing trips. Jerry had many friends and a great sense of humour. He could go on for hours telling jokes and on any topic he could be heard saying "that reminds me of a joke...".
Over the years, Jerry and Elizabeth have had many dogs that they have shared their lives with. Jerry enjoyed taking them for their walks, always visiting with neighbours along the way. In their retirement Elizabeth and Jerry loved to travel, getting their first passports in 1994. They visited Italy, Greece, Egypt, Turkey and the Netherlands. Also, Germany, Poland, Austria, Hungary, Czech Republic and Slovakia, as well as Hawaii several times. They made many friends on these trips from around the world who they've kept in touch with through the years. When the kids were younger, there were many road trips across the USA. These trips always started with a specific destination and would often become extended by Jerry and Elizabeth's relaxed attitude and joy of experiencing new things. The itineraries would be changed, extended, and expanded on a whim, and the driving would continue to new and exciting locations.
As a result of a fall in December 2020, Jerry spent many months in Health Sciences Centre where he received excellent care. During his hospitalization he suffered from a significant cognitive decline and a rapidly progressive dementia. He moved to the Simkin Centre in April, 2021 where he spent his last five months. The staff at Simkin were wonderful with him, including NP Claudette Garand, and the nurses, aids and his support workers. He enjoyed his time there, making the most of a difficult part of life.
Funeral arrangements in care of Chapel Lawn Funeral Home (204) 885-9715. Please check their website for specifics.
Due to Covid 19, all attendees will be required to show proof of double vaccination.
Donations may be made in Jerry's name to the Alzheimer Society of Manitoba (120 Donald Street, Winnipeg, MB R3C4G2) or to The Saul and Claribel Simkin Centre (1 Falcon Ridge Drive, Winnipeg, MB R3Y1V9).