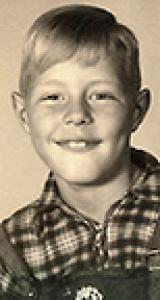 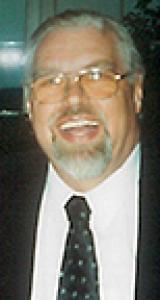 Karl passed away peacefully, surrounded by his family, on October 14, 2021, after a long courageous battle with cancer.
Karl was born in Wewelsfleth, Germany on September 5, 1944, he immigrated to Canada at age eight, settling in Teulon, Manitoba. After losing his father at age 16, he moved to Lockport with his mother.
He started his working career with Co-op where he met his future wife Patricia Massey. They were married in Morden, MB on June 29, 1968. He took his bride to Lockport, where they built the family home, and welcomed their two children, Monica and Edward. Around this time Karl was employed at Federated Co-op in Winnipeg, where through his hard work he achieved the position of Warehouse Manager. Karl and Pat enjoyed gatherings with family, socializing with neighbours, friends, and travelling. Unfortunately their time was cut short due to Pat's passing in 1990.
Karl retired in 1998 and shortly after he met Janice. They married on October 26, 2002 and their two families became one. He became a stepfather to Monica (Tom), Michael and Clayton. Karl and Jan enjoyed camping, their dogs, and starting Karl's dream of a garden railroad. Their lives were enriched by the arrival of their grandchildren, Daytona, Alyssa and Brooklynne.
Karl pursued his love of carpentry throughout his life, and was always the first one called when a handyman was needed, as he could almost fix anything.
His positive attitude during his lifetime got him through many challenges, and set a lasting example for us to live by.
Our sincere thanks to the wonderful doctors and staff involved with Karl's care over the years. You are truly appreciated.
Karl was predeceased by his first wife Patricia (nee Massey), his parents, Hans and Herta (nee Moeller), his brothers and their wives, Richard and Helga Oehlers, Gunther and Bernice Oehlers.
He is survived by his wife Janice, his children, Monica (Ron) Roy and granddaughter Daytona; son Edward; stepchildren: Monica Ross (Tom), granddaughters, Alyssa and Brooklynne Ross-Mah; Michael Ross and Clayton Ross; brother-in-law Randy.
A private family service will be held.
In lieu of flowers, donations may be made to CancerCare Manitoba, 675 McDermot Ave., Winnipeg, Manitoba R3E 0V9.