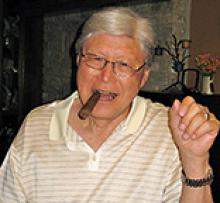 Peacefully on Tuesday, October 19, 2021, William Toshio Oye at the age of 90 passed away at the St. Boniface Hospital, surrounded by family.
He is survived by his loving wife Fujiko Teri Oye and children, Sandra (Harvey) Kaita, Wendy Berke, Darrell (Cindy) Oye and Michele (Jeff) Oye; grandchildren, Adara (Ryan), Ryan, Taryn (TJ), Danae, Brittney (Sean), Tyler, Jarrett, Matthew (Laura), Mieko, and great-grandson Meelo. He is also survived by his brother Moe (Mildred), and sisters-in-law, Mabel, Ruby and Marilyn. William was predeceased by his parents, Tsunetaro and Asako Oye, sister Chiyoko (Kiyoshi) Sakai, and brothers, George, Tom (Sue), Richard and Joe.
Dad was born in Ucluelet, BC on January 5, 1931. He had fond memories of salmon fishing with his father and diving for abalone. During the Second World War the Oye family was forced to go to Hastings Park and then on to the Popoff internment camp in BC. The family then moved to Whitemouth, MB eventually ending up in Winnipeg.
Dad completed his Public Accounting course via correspondence and became self-employed. His interests included baseball, judo, bowling and curling, with golf being his lifelong passion. He was a member of the Rossmere Golf and Country Club for many years. Dad and Mom enjoyed their travels to Japan, Europe, the Maritimes as well as many golf trips to Osoyoos, Palm Springs and Phoenix. Dad also looked forward to taking the family on many vacations which included annual trips to Clear Lake and a special trip to Hawaii during Christmas. Friendship and good times meant a lot to Dad. Cigar smoking was a favourite pastime for Dad, so much that he had a heater installed in the garage for "Will's Cigar Lounge".
The family would like to thank River Ridge II, Priority Home Homecare, Actionmarguerite and the St. Boniface Emergency for their care and compassion. We would also like to thank Dr. C. Jaeger and Dr. C. Omelin for their longstanding support.
A private family service will take place.
In lieu of flowers, donations can be made to the Manitoba Buddhist Temple, 39 Tecumseh St., Winnipeg, MB R3E 0J8 or the Alzheimer Society of Manitoba, 120 Donald St., Winnipeg, MB R3C 4G2.