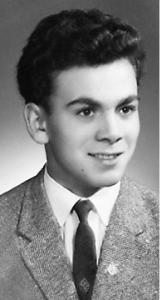 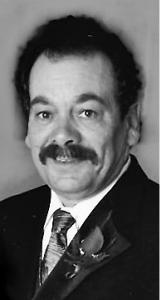 Peacefully with family by his side, Eduardo passed away on October 20, 2021 at the age of 74.
He was predeceased by his parents, Manuel Medeiros Gata and Luisa Varao.
Eduardo is lovingly remembered by his wife Maria Judite; children, Paula (Antonio) Soares, and David (Melissa) Gata; grandchildren, Isabella, Dominic, Angelica and Miguel.
He leaves his brother Pedro; sisters, Luisa and Ana; and numerous nieces, nephews and godchildren and cousins, all who he adored.
Eduardo was born in Sao Miguel, Acores on January 30, 1947. In 1965, Eduardo immigrated to Montreal, then Toronto and settled in Winnipeg in 1968. Eduardo married the love of his life Maria Judite in 1969.
Second to his family, Eduardo's passion was working for CN Rail for 34 years, which he loved and spoke of daily; as was his green lawn and garden that were the envy of the neighbourhood.
Nothing compared to the love he had for his grandchildren who he would go to the moon and back for.
Funeral services will be held on Monday, October 25, 2021 at Cropo Funeral Chapel 1442 Main Street at 10:00 a.m., interment to follow at Assumption Cemetery. Proof of vaccination will be required.
If friends desire, donations may be made to the Diabetes Association or Alzheimer Society of Manitoba.