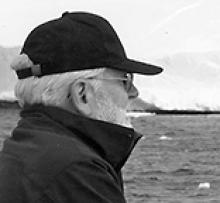 It is with sadness that we announce the death of Murray William Isaac on Friday, October 22, 2021, at the age of 70. We will miss his smile, calm voice, gentle humour, determination and courage.
Murray was born and raised in Winnipeg, MB, the older son of the late Margaret and Robert Isaac. Murray and Carol met in high school at the University of Winnipeg Collegiate and were married at Lake of the Woods in 1974. They soon started off on the next stage of their many adventures, packing up their VW van and heading to Edmonton, where Murray graduated from the University of Alberta (U of A). Murray made lifelong friends at U of A and his training in geology and geomorphology became the foundation for his career in concrete products. After university, he worked for Standard General and associated companies. Murray, along with two partners, purchased the concrete block business that had belonged to their former employer. Together they formed CCI Industries, which grew into a regional manufacturer of concrete block products and retaining wall products.
Murray loved nature and wildlife, he was most at home outdoors, whether hiking or skiing in the mountains, duck hunting, or on the water, fishing, sailing, or cruising. Lake of the Woods was a special place for Murray and Carol. It was where they connected with family and friends or sailed off with their dogs for hours and sometimes days on their sailboat. They spent many happy times and found a place for peace and quiet in a remote corner of the Lake surrounded by water, trees, friends and wildlife at Doris Island. Murray was great company. He loved nothing more than a quiet conversation on nearly any subject. He had boundless curiosity. During family dinners at the lake, the seat next to Murray was the place to be. To his nieces and nephews, Murray was a teacher, friend, counsellor, coach and was always up for play or an adventure. They treasure their childhood memories of learning to fish, row, paddle, and drive a motorboat under Murray's careful, patient tutelage. Murray always gave them time and an ear, and they came to rely on him for thoughtful, supportive guidance as they faced career and life challenges.
Throughout Murray's career, he and Carol moved often, living in Edmonton, Lloydminster, Grande Prairie, Winnipeg, and Crescent Beach, BC, before staying put in Calgary. Together, they found ways to make each new place their home, by exploring their natural surroundings, and becoming active in the community by volunteering their time and talents to various charities. In Calgary, they co-sponsored a family of refugees from Syria, and Murray shared his time and expertise at the Mustard Seed, as a mentor, offering support to people living in poverty and homelessness to find their paths to independence.
About twenty years ago, Murray was diagnosed with Parkinson's, and he began a long fight to delay the effects of that condition. He exercised, danced, and boxed to counteract the impact. Murray would joke about being the only male at his dance classes and he was fitter than most people who were ten years younger. He took up boxing at a Parkinson's program to, in his own words, "improve his balance and learn how to fall without hurting himself." He faced his condition with courage and determination that were an inspiration to his family and friends. During those years, Murray discovered adventure cruises, including a special cruise with Carol around Newfoundland and an expedition cruise to Antarctica that provided the opportunity to walk near penguin rookeries, cruise in Zodiacs among the ice and experience the incredible ice, scenery, whales, seals, penguins and seabirds of that beautiful continent.
Murray is survived by his wife Carol, sisters-in-law, Gabby Isaac and Tanny Wells (Pat Northey); brother-in-law Jock Green-Armytage (Susie), cousins, Paula Bowkett and Craig Heisinger; nieces and nephews, Doug Wells, Kaylie Wells, Hilary Rankin, Matt Green-Armytage, Anna Berger, Millie Kornas, and Beth Green-Armytage; and thirteen great-nieces and nephews. Murray was predeceased by his brother Blair, and his brother-in-law Tony Wells.
The family appreciates all of your kind words and condolences. Due to COVID, a private service will be held on Monday, November 1, 2021, at 2:00 p.m. Family and friends who are unable to attend in person are invited to join Murray's service streamed live at https://vimeo.com/639721078/a90a49be77.

Condolences, memories and photos may be shared and viewed on Murray's obituary at www.McInnisandHolloway.com

If friends so desire, memorial tributes may be made directly to Soccer Without Boundaries at:
https://soccerwithoutboundaries.org/donate or the Grizzly Strides Boxing for People with Parkinson's program at Grizzly Boxing and Fitness, 820 28 St N.E. Bay 9, Calgary, AB T2A 6K1.
The family wishes to thank Dr. Sarah Furtado, Dr. Michael Yeung, the staff at Amica Britannia, and the staff at the South Health Campus for the help they provided and the compassion they showed to Murray and Carol.
In living memory of Murray Isaac, a tree will be planted in the Ann & Sandy Cross Conservation Area by McInnis & Holloway Funeral Homes, Park Memorial, 5008 Elbow Drive SW, Calgary, AB T2S 2L5, Telephone: 403-243-8200.
Publish Date: Oct 30, 2021


Murray Isaac of Calgary, AB, died on Friday, October 22, 2021 at the age of 70 years. Longer obituary to follow.
Condolences, memories and photos may be shared and viewed on Murray's memorial page at www.McInnisandHolloway.com. In living memory of Murray Isaac, a tree will be planted in the Ann and Sandy Cross Conservation Area by McInnis & Holloway Funeral Homes, Park Memorial, 5008 Elbow Drive SW, Calgary, AB T2S 2L5, Telephone: 403-243-8200.
Publish Date: Oct 26, 2021