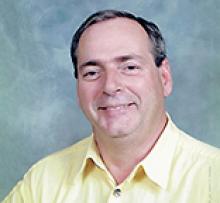 After a brief journey with cancer, Denis died on October 22, 2021, with loving family members surrounding him. Denis grew up in St. Adolphe and, while living in many other places throughout life, he returned to spend his last years where it all began.
Denis married Judy Limpright on August 11, 1973 and together they raised two children: Paul (Amanda) and Monique (Chris). Later in life, they were thrilled to add Roberta (Pierre) to the family. Grandchildren included: Brandon (Tegan) and Shaelyn, Greg (Hilary), Curtis and Shelby, Kylee, Tiffany, Austen and Jean-Marc, Xander and Lex. Denis was the second in a family of 10 children: Roland (Dan), Lionel (Debbie), Carolyne (Ted), Claude (Brigitte), Rachel (David), Jacqueline, Cecile (Rod) and Richard (Dion). He will also be missed by in-laws, Garry (Mary), Glen (Cecile) and Ron (Karen). He was predeceased by his parents: Marcel and Anita Bouchard, in-laws: Arnold and Lorraine Limpright, one infant brother Maurice, one brother-in-law Roger, as well as two nephews, Tyler and Daniel. Many aunts, uncles, nieces, nephews, and cousins will also miss his caring ways.
Denis spent his working life with Carleton Hatcheries and Dunn-Rite Foods, first in St. Adolphe and then in Grunthal and Winnipeg. He was well-respected as a loyal and hard-working man while always making time for his children and their special events. Many family trips included Denis's matchcover conventions along with touring whatever area we found ourselves in. Denis supported Judy's aspirations whenever he could and wherever they took them. The grandchildren were always a bright light for Denis and he was always eager to hear about their lives. With early retirement, he was able to enjoy many years of matchcover collecting and the accompanying conventions where he continued friendships over many years.
A Celebration of Life will be held at the Niverville Community Fellowship Church at 85 2nd St. South on Friday, November 5 at 2:00 p.m. Masks are mandatory and proof of vaccination with ID is required. Capacity is 200. Livestream URL for funeral: https://livestream.com/nivcf/denisbouchard