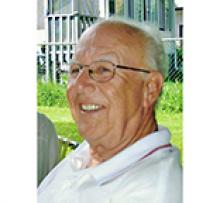 Joseph Philip Robert Carlton passed away on October 3, 2021, after a lengthy illness at the age of 86 years.
Phil will be lovingly remembered and sadly missed by his wife Gloria Porcelli, brother Ernie, niece Bonnie, and nephew Robert.
Phil was born on July 6, 1935, in St. Boniface, Manitoba. He and his brother Ernie were raised in the north end of Winnipeg by his single mother Cecile.
In 1956 Phil joined MGM and began a long career in the movie business. In the mid-60s he joined Warner Brothers and in 1971 was transferred to Toronto where he rose to the position of President and Canadian General Manager. He retired in 2001 after 45 years in the film business.
Phil was a character, an avid Blue Jays fan, and the life of any party. He will be remembered for his kindness and generosity but especially his encyclopedic knowledge of motion pictures and the industry at large.
Private arrangements at this time.