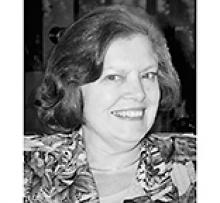 Patricia passed in her sleep of heart failure, at age 91. She had an epic life, bookended by a World War and a global pandemic. Her family and close friends will miss her dearly.
Until her last week, Patricia lived independently in her Garden City bungalow, built by husband John Perry in 1958. They lived there together until John's passing in 2015. There, they raised two children, John Blake Perry (Gail Johnstone) and Gail Perry (David Firman). With love and devotion, Patricia and John gifted their children with opportunities and supports that made their successes possible.
Patricia was born in London, England to George and Florence Orrigan. She had an older sister, Beryl. Miss Orrigan (sounds like "Miss Oregon") had the name and bearing of a perennial beauty queen. That she was crowned Miss Ice Hockey 1951 was, for her, unsettling (and perhaps even bad form to raise here). Someone secretly entered her into the pageant; she feared the title would suggest frivolity that was not part of her nature. Wit and poise were.
Patricia grew up during the London blitz but still had a wondrous childhood. She had harrowing stories of her school bus being strafed by aircraft, of classmates killed in overnight bombings, of her family sleeping months on end in a Morrison air raid shelter (essentially a cage with a tabletop). But she also had tales of her aunts - dressers in the London theatre - making her clothes from sumptuous remnants, and of her uncle, a pastry chef at the Savoy Hotel, giving her meringues made to look like cityscapes with towers and domes.
Patricia met John in 1948 when she had season tickets to the Wembley Lions ice hockey team. He was a strapping winger from Winnipeg who wore number 9. They married in 1951 and spent their first winters in Switzerland where John was player-coach for the Zurich Grasshoppers, a hockey team that took its dubious name from the local soccer club. In Zurich, they lived in the Dolder Grand, a castle hotel, courtesy of the team.
Patricia's first sight of Winnipeg was from newsreels, in London, of the 1950 Flood. Still, the family moved here from London in 1953, shortly after John Jr.'s birth. Gail was born later in Winnipeg. The city, which they loved, remained the family's home.
Another of Patricia's great loves was working with words, as reflected in her professional career. Before marriage, she was a secretary proficient in Pitman shorthand for a business on London's Regent Street. Once the children were advanced in school, she became a court reporter for Manitoba Justice, using a stenomask to record testimony verbatim, then preparing typed transcripts for the Court. After a decade with the Province, she ventured into private partnership, forming P&R Reporting, a firm that provided court reporting services for pre-trial proceedings held in lawyers' offices. She valued her many friends and colleagues in Winnipeg's legal community.
Words, too, were at the heart of Patricia's hobbies. To the very end, she was an avid fiction reader. And, for decades, she was Gail's Scrabble partner/nemesis. Seven hours before her passing, Patricia defeated Gail in an electronic Scrabble game, scoring two bingos (using all seven tiles in a single play). Ever competitive, she went out the champion that she was.
The family thanks the staff of Grace Hospital Unit 3 North for their attentive and compassionate care of Patricia in her last week. Their professionalism is stellar.
In accordance with Patricia's wishes, cremation has taken place. A Celebration of Life will be marked in the spring or summer.
Friends may donate to a favourite charity in Patricia's memory.