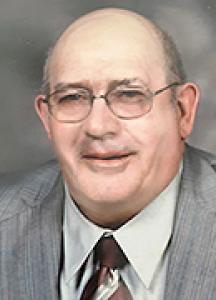 JARVIE, Robert Howard Jarvie passed away on November 11, 2021 at Rideau Park Personal Care Home, Brandon, at the age of 83, after a lengthy illness. Robert (Bob) was predeceased by his parents Robert Sr. and Marion; brothers Edward, Jim, and Harold; and sister-in-law Olive. Left to mourn his passing are, sister-in-law Angela, Alonsa; brothers Walter (Shirley), McCreary, Donald (Bev), Alonsa; daughter Laurie and grandchildren Cassie and Brady, Calgary, AB; and life long friends Gordon and Helen Stevenson, Brandon. Bob grew up on the family farm north of Alonsa where he attained his education by correspondence with the supervision of his mother. He worked around Manitoba usually on farms and a few years driving a mail delivery van east of Brandon. After a debilitating stroke in 2011, he has been confined to living at Rideau Park PCH and while he enjoyed and appreciated the carding staff there, he never gave up wanting to get outside and go for a drive in the country. He loved to visit family and friends, and wanted only to be loved in return. He was devastated when his wife (Florence) and family left and he was not permitted to spend time with his daughter and grandchildren. He loved to dance, and played harmonica, accordion, and organ, all learned by ear. Bob returned regularly to visit the family farm and liked to remember it the way it used to be. he was not happy when he learned the wind had blown down the big elm tree that he had used to sit up in to watch the water foul and animals on the lake. At the PCH he enjoyed the musical entertainment, bingo and card games. he gathered thousands of can tabs and solved many jigsaw puzzles, mostly of John Deere tractors and wildlife. Graveside memorial was at Grey's Ridge Cemetery, Alonsa with Rev. Gordon Stevenson officiating. Donations in Bob's memory may be made to the Heart and Stroke Foundation and would be greatly appreciated.