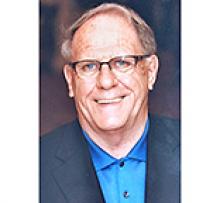 Peacefully, with his beloved wife Marguerite by his side, Bob passed away after a prolonged battle with Alzheimer's on November 16, 2021.
Known as "Bob" to everyone except his wife for whom he was always "Robert", he will be greatly missed by those who knew him.
Bob was born in Selkirk to Elizabeth and John Stefaniuk on June 14, 1946. After a childhood spent in Selkirk with his many siblings and friends, Bob joined the Royal Canadian Navy and was a proud and able sailor. Bob always spoke fondly of his time in the military, which shaped the man he was to become.
After the Navy, Bob returned to Winnipeg and on a chance visit to a roller rink, met the love of his life, Marguerite.
Together they had three lovely children and settled in idyllic St. Adolphe. No father worked harder, slept less or drove more - Bob commuted long distances to work and handled many, many rides to band practices, music lessons and sporting events, so his family could continue to flourish in St. Adolphe.
Bob was a long-time employee at Bristol Aerospace until 1996, when he was elected as Mayor of the Rural Municipality of Richot. Bob dedicated himself to his new role, relishing the interactions and spirit of cooperation with the councillors, RM staff and residents. Through his leadership, the municipality realized historic achievements such as the installation of a new artisan water system, record community growth and successful battling the Flood of the Century in 1997.
In his later life Bob was finally able to take some richly deserved time for himself, realizing a lifelong dream of owning a motorcycle and would take many trips across the prairies. Bob was also able to provide the full love and attention he thought his cats, and truly all cats, deserved.
An avid reader with a keen wit and a sharp mind, Bob was able to draw on his vast wealth of knowledge to be able to answer almost any question. He was well known for his sage advice and his dry sense of humour. Both a dedicated Anglophile and fiercely proud of his Scottish heritage Bob was a great admirer of Winston Churchill. All of this made his diagnosis of Alzheimer's all the more tragic and unjust. This disease slowly robbed of him of the facilities he was most proud of and the traits his friends and family loved him for.
Bob is survived by his wife of 50 years, Marguerite, siblings, Ron (Terry), Liz (Randy), Chris and predeceased by his sister Andrea (Lorne). Bob is also survived by his sons, Rob (Dawn) and Jeff (Jackie), daughter Angela (Brian), and his beloved grandchildren, Julia (Corey), Ian, Kate, Evie, Joey, Teagan, Rowan, Quinn and great-granddaughter Aubrey. He'll be greatly missed by many cherished nieces, nephews, cousins and many, many friends.
The family will be forever grateful to the excellent staff of the Pembina Manitou Health Centre whose care and compassion were unparalleled and means more to us than can ever be expressed.
In lieu of flowers, to commemorate Bob's memory and legacy, a donation may be made to the Alzheimer Society of Canada or the Candlelighters Childhood Cancer Support Group of Manitoba.
A service for Bob will be held at St. Adolphe Catholic Church on Saturday, November 20 at 1:00 p.m. Masks and proof of vaccination are mandatory.

"I am prepared to meet my Maker. Whether my Maker is prepared for the great ordeal of meeting me is another matter."