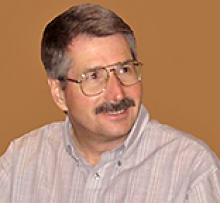 Peacefully, with family at his side, Dan passed away in Winnipeg where he was born.
Dan is survived by his mother Betty-Anne; sister; nieces and nephews of which he was fond of. He is predeceased by his father Robert (Bob) and brother in-law.
Dan loved to fly, obtaining his pilot and instructors licenses at St. Andrew's Flying Club. After flying several years in Northern Manitoba, Dan left to instruct flying in Castlegar, BC, later landing in Calgary, AB. There he attended SAIT, achieving his degree and winning the "Keith M Watt Memorial Scholarship" for outstanding performance. He continued working at SAIT as an Electronic Technologist, retiring in 2013.
Dan enjoyed the outdoors with his horses and dogs on his farm in Priddis, as well as working with the Junior Forrest Rangers and acting as a guide for hiking in summer and skiing in winter.
After failing health, he returned to Winnipeg to be with his family. The family would like to thank the Convalescent Home of Winnipeg for their compassionate devoted care.
Donations may be made to Parkinson's Canada, 4211 Yonge Street, #316, North York, ON, M2P 2A9.
As per Dan's wishes, a private family service will be held.