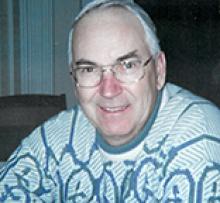 Sadly, Raymond Anseeuw, age 80, has passed away.
He was predeceased by his wife Mavis in 2015, and his parents, Julien and Margaret.
He is survived by his brothers, Brian (Verna), Lawrence (Sandy) and Doug (Bev). He also leaves behind his nephews, Jeff (Karen), Garth (Christina), Blaine, and Jason (Carmen); niece Lori McLeod (Ryan); great-nieces and great-nephews, Matthew, Katie, Julien and Elodie; and many cousins.
At a young age he worked on the family farm - Wilkes Avenue Dairy. After the cows were sold in 1970, he worked in construction for a few years, then he started a soil and gravel business at the farmyard at 1044 Wilkes Avenue.
He married Mavis in 2002 and continued living at 1044 Wilkes until he moved to Mercury Bay.
One of Ray's hobbies was collecting milk cans and bottles from various dairies from different dairy farms and cleaning them up and putting them on display. His proudest accomplishment was completely restoring Dad's 1946 Chevrolet 2 ton truck. He received many awards at vintage vehicle shows.
He enjoyed walking in and around his neighbourhood and looking after his cats Boots and Cody.
A huge thank you to all his special neighbours for including him in their activities and watching out for him.
Raymond will be laid to rest with his wife Mavis at Thomson "In the Park" Cemetery. A come and go reception will be held on Thursday, November 25 from 2:00 p.m. to 4:00 p.m. Proof of vaccination and government-issued photo identification is required for all attendees of the reception.
A donation in his memory could be sent to the Winnipeg Humane Society, 45 Hurst Way, Winnipeg, MB R3T 0R3 or to CancerCare Manitoba Foundation, 675 McDermot Avenue, Winnipeg, MB R3E 0V9.