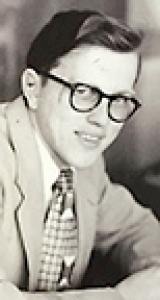 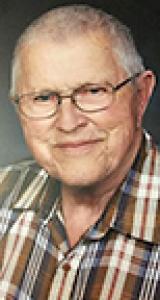 It is with profound sadness that the family of George announces his passing on the morning of November 16, 2021. Peacefully, with his family by his side, he was ushered to heaven by his loving wife Helen and numerous other family members that predeceased him.
George will be greatly missed by his daughters: Catherine (Roger), Stonewall; Theresa (Bob), Oakbank; wife Audrey; grandchildren, Helen (Jhun), Kristi (Arko) and Scott (Orysa), and great-grandchildren, Oli and Julia. Also saddened by his passing will be his nephews, nieces, and numerous friends.
Dad had two loves during his life, predeceased by our mother Helen and survived by Audrey.
George was raised on the family farm in Broad Valley, Manitoba. Dad knew at an early age that he would not be a farmer. He attended school in Teulon and would later go on to receive his Teaching Certificate. Dad started his career teaching at various rural schools where he met our mother Helen at a local dance. After they married in 1954, they settled in Arborg, Manitoba where he became the Principal of the Arborg School and later the first Principal of the newly built Arborg Elementary School from where he retired in June 1987.
Together they raised their two daughters, filling our home with family, friends, and love until the sudden passing of Helen in 1982. There wasn't a wedding that went by without George and Helen dancing up a storm to the Interlake Polka Kings. Dad always took the family on trips during the summer, the most memorable being the one with Baba Chuba to Bridgeport, Connecticut. Dad loved to curl, play baseball, and attend all local hockey games. Dad and Mom were both very active in the community and St. Philip Neri Roman Catholic Church. You could always find Dad and Uncle Mike in our garage working on vehicles and having heated discussions which they seemed to enjoy. George continued to help his brother-in-law John Chuba on the farm during summer as he was still a farmer at heart.
Dad would go on to marry Audrey and in 1987, they moved to Stonewall, Manitoba where Dad was a member of the Knights of Columbus and worked for a short period of time as the church's Treasurer. They enjoyed spending time with his daughters, sons-in-law, grandchildren, and great-grandchildren at family activities and attending musical performances.
The family wishes to thank Dr. Hicks, as well as a special thanks to all the Nursing and Health Care team at the Stonewall Hospital.
In lieu of flowers, donations in George's memory can be made to Diabetes Canada.
A funeral service will be held at Christ the King Roman Catholic Church in Stonewall on November 27, 2021, at 11:00 a.m.
Due to public health restrictions all attendants must be fully vaccinated and provide confirmation of such before attending. Space will be reserved for family with the balance of seating made available based on a first come basis.
As per Dad's wishes he will be laid to rest next to Mom at St. Philip Neri Roman Catholic Cemetery northwest of Arborg at a later date.

Your memory will live forever
Engraved in our hearts.