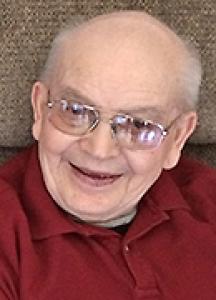 FLEMING, John ("Jack") H. was born October 6, 1925 and died November 15, 2021 at Birch Lodge, Hamiota. Cherishing fond memories are his nephews, Garry Watson (Louise) and Dale Watson (Roberta) and their families. Jack was predeceased by his parents, Ernest and Pearl Fleming, sister Ada Fleming, sister Jean Watson, brother-in-law Don Watson and infant sister and brother, Edith and Robert. Jack was born on the family farm a few miles north of Crandall, MB. He became the co-owner of the farm with Ada in January, 1957 with the passing of their father. They had a full and productive life raising cattle, horses, pigs, chickens, turkeys and growing crops on their half section of land. Jack had a strong love for horses, keeping a work team well into the 1990s. He also enjoyed curling every winter well into his 80s. Another of his favorite pastimes, all year round, was playing cards, especially cribbage and "Five Hundred" with family and friends. He and Ada had many visitors at the farm every year, including their nephews, Garry and Dale, who spent many summers living on the farm and helping Jack farm (which included tolerating their antics that usually created more work for him to fix the problems they created!) plus friends and relatives from Winnipeg and Saskatchewan, Alberta and British Columbia who often stayed for a week or two at a time. They hosted a family reunion in 1987 in conjunction with the celebration of the farm being in the Fleming family for 100 years. Jack had many lifelong friends amongst their neighbours and community members. Jack and Ada retired from farming in 2004 and moved into a suite in Park Lodge, Hamiota. The family would like to thank the staff at Birch Lodge Personal Care Home for the excellent care they provided for Jack during his residency there. A Celebration of Life will be held in the spring.