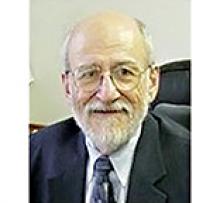 It is with great sadness that the family of Jerrold Pinya Katz announce his passing on Sunday, November 21, 2021, aged 82. Jerrold was born and grew up in Winnipeg, Manitoba, a son of the late Lionel and Minnie (Boroditsky) Katz. After completing a BComm (Hons) degree at the University of Manitoba, in 1968, he attended Columbia University, where he received a PhD degree in Management.
Jerrold was a respected expert in complex economic, statistical, and financial analysis. He was the Principal of J.P. Katz and Associates, a boutique firm that provided financial and forensic analytic services to attorneys and the business community. Previously, he had been a professor of management at several business schools.
Jerrold passed away peacefully surrounded by family. He is survived by Brenda Katz, his wife of 54 years; his brother Bernard (Laura) Katz; his children, Rena (Richard) Berger, Shira (Ron) Krebs, Ariella (Aylon) Glaser, and Lev (Orah) Katz; and his 16 grandchildren. Jerrold was never happier than when he was surrounded by his multitude of grandchildren.
Jerrold had many talents and interests. He was a natural engineer, who innately understood how any electrical or mechanical device works. He could repair almost anything around the house, including the house itself - and was often called on to do so by desperate friends and neighbours. He was an avid reader of nonfiction. His exceptional memory allowed him to recall the most obscure facts on almost any topic, which, together with his vigorous intellect, made him formidable in debates, a pastime he much enjoyed. He was an unfailingly kind and generous friend. He had the habit of bringing home, as guests for dinner, lonely students, visitors to his synagogue, or complete strangers encountered in random locations such as his GP's waiting room.
Following a funeral service held on Monday, November 22, he was interred in Shalom Memorial Park in Chicago, Illinois.