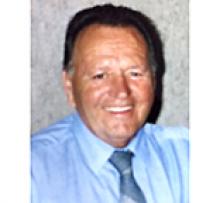 On Tuesday, November 23, 2021 at the age of 79 years, Rudy left us for his final destination after a long battle with kidney disease.
Raised on a farm in Sundown, Manitoba, it became apparent early in his life he loved to drive and yearned to see the country. With that early ambition Rudy pursued a lifelong career in long distance trucking. He drove for several companies through the years including, Imperial Roadways and George Smith Trucking. He dreamed of and eventually became an owner operator purchasing his own rig. Rudy contracted on to Burns Meats, hauling coast to coast, and then Arnold Brothers Transport. His last truck driving run was with Custom Transport as a company driver, where his failing eyesight forced him to retire. Rudy made many friendships during his travels and developed a close bond with many of his fellow owner operators as well. Rudy was always proud of the fact he started up his own trucking company Keystone Western in the very late 80s and then later sold it.
Rudy just loved nothing better than to sit around with a drink and a smoke, reminiscing with smiles and laughter about all the fun times he had during his driving career. Anyone who knew Rudy will tell you that he was one of "The Best of The Best' in the brotherhood of truckers.
He was predeceased by his wife Karen and sister Verna. Rudy will be missed dearly by his son Tim Wishnicki, and his caregivers, Peter Polet and Bonnie Hidlebaugh.

Rest easy and in peace old friend.
Your shift is over.