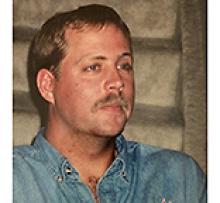 It is with deep sadness that we announce the passing of Robert on November 9, 2021 at the age of 53.
Robert is survived by his son Cameron; mother June; father Ronald; brother Sean (Melanie); sister Michelle; nephew Avery; Uncle Fred and Auntie Gail; and many cousins.
He was predeceased by his grandparents, Fred and Edna Jones; Myrtle Macleod; Ross Macleod; and his Uncle Jamie Macleod.
"Jonesy", as he was affectionately known to his legion of buddies, attended school at Angus McKay, John Henderson Jr. High and River East Collegiate. In 1991, Rob graduated from the University of Manitoba, with a Bachelor of Commerce (Honours) degree.
For the last number of years Rob was employed at Culligan Water and often spoke of how proud he was to work there.
A Celebration of Life will be held at a later date.

Condolences, tributes and memories can be offered at www.alternacremation.ca