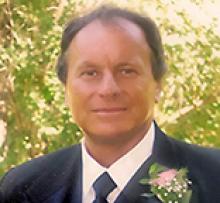 It is with great sadness and heavy hearts that we announce the passing of Walter Wojcik at the age of 64, who passed away peacefully, with his family by his side, after a courageous battle with cancer.
Walter will be lovingly remembered by his wife Stenia, of 44 years; daughter Senia (Ryszard); son Severyn (Jennifer); grandchildren, Dane, Jaxton and Kalina; and step-grandchildren, Isabella, Claudia and Martyna. Walter was predeceased by his parents, Stanislaw and Jozefa; brothers, Ignac and Mieczyslaw; and sister Stefcia.
Walter was born in Gorlice, Poland. He came to Canada with his parents at the age of eight and settled into the town of Beausejour, MB. Walter visited Poland when he was 21, he fell in love with Stenia on that trip and went back to Poland a second time that year so they could get married. Walter and Stenia then moved to Beausejour where they remained to this day.
Walter's faith was very important to him. He attended mass regularly and has been a proud member of the Knights of Columbus for 40 years. He served as Treasurer and Youth Director for many years and enjoyed volunteering in the community. He loved tending to the flowers at the church and at his mom's grave. Walter took care of his mom for many years while she was alive and when she passed away there wasn't a day that went by where he didn't visit his mom's grave. He cared for the flowers at her grave meticulously.
Walter was the Grocery Manager at Family Fare in Beausejour for many years. He loved dealing with the public and enjoyed the daily conversations with customers, often telling them the same jokes over and over and over. He moved on to work as a custodian at Edward Schreyer School where he could be seen tending to the building wearing his infamous muscle shirts.
The Polish Prince had a passion for sports as he loved to play tennis, baseball and hockey well into his adulthood. Some of his favourite memories were with the Shooters hockey team. He played for years and then after a serious back injury he coached and managed the team. They won year after year and Walter loved the camaraderie he built with those friends. He was an avid sports fan and loved attending sporting events and watching Dane and Jaxton play hockey. He would offer up his coaching advice to Severyn over the years which helped shape Severyn as a coach.
Walter and Stenia also loved spending time at the beach, they were regulars at Grand Beach, Gimli and the Sands. They enjoyed hosting backyard BBQs with family and friends, which always involved legendary Wojcik lawn dart tournaments.
Walter was a dedicated and loving dad to Senia and Severyn. He would do anything for his children and taught them the importance of hard work, helping others and treating people with respect and kindness. He instilled many family traditions that will be carried on for many years. Some of his favourite memories were the numerous family trips they took all over the world, including many trips back to Poland.
But Walter's greatest joy came from being a grandpa. "Dziadziu" loved his grandchildren more than anything. He played with them for hours and hours and could never say no to anything they asked for. He never wanted to miss a moment of their lives. Walter fought very hard to see his grandchildren grow up and the highlight of each day was his daily phone calls with them. When they were young, he couldn't wait for them to say Dziadziu for the first time. Most recently, he waited for Kalina to say Dziadziu. When she finally said it for the first time, Walter said it was the best early birthday gift he could've asked for. Dziadziu will forever hold a special place in his grandchildren's hearts.
A funeral service celebrating Walter's life took place at St. Mary Roman Catholic Church in Beausejour presided by Father Rene Chartier. Interment followed at St. Mary Cemetery. Pallbearers were Art Wojcik, Dave Wojcik, Ryan Wojcik, Ryszard Otulak, Kyle Chrusch and Brian Hrynyk. The Knights of Columbus served as honorary pallbearers.
We extend our deepest thanks to all the staff at CancerCare, Selkirk General Hospital and Beausejour Hospital for the care and compassion in his final days. Thank you to Dr. Bialy, Dr. Goldenberg, Dr. Hebert, Paramedics, and to the CancerCare volunteers for helping Walter get to his appointments. Thank you to Father Rene Chartier for the support he provided to the family. The family would like to thank all the people that have sent well wishes and helped during this difficult time. God bless you all.
In lieu of flowers, donations can be made to St. Mary Roman Catholic Church, CancerCare, Beausejour Hospital or Beausejour Food Bank in Walter's name.


It is with deep regret that we announce the passing of Walter Wojcik on Sunday, November 28, 2021 at Beausejour Hospital at the age of 64 years.
Funeral service to be held Thursday, December 2, 2021 at St. Mary's Roman Catholic Church, Beausejour, Manitoba at 11:00 a.m. Public viewing will be from 10:15 a.m. to 11:00 a.m. Vaccination QR codes will be checked upon entry.
A longer obituary to follow.