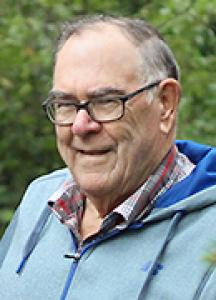 TAYLOR, Donald Arthur (July 21, 1938 - November 26, 2021) Don passed away at home in Portage la Prairie. He leaves to mourn: his ex-wife Patricia, daughter Tracey, son Jay (Erliss), daughter Jill (Peter), grandchildren Ashley (Travis), Kyla (Ryan), Jay and great-granddaughter Brooklyn; extended family members Melba and Doug Morrey, Colleen Armstrong, Kelly and Sally Armstrong, many nieces and nephews; cousins; and friends. Don is predeceased by his parents Thorold and Elsie Taylor and sister Reita. He was born in Portage la Prairie, MB. Don was first hired as a stationary engineer at the Manitoba School in Portage la Prairie in 1957 and moved to Brandon in 1958 to work as power engineer at the Brandon Mental Health Centre, where he remained for his 45 year career with the provincial government, except for a short stint with the Assiniboine Community College. He studied diligently and obtained a Third Class Power Engineering certificate, a skill he maintained to this day. He proudly served as a representative of the Manitoba Government Employees Association, at one point a negotiator for the Trades Services and Operations division, where he worked tirelessly to implement a 12-hour shift schedule and a no-layoff clause, as well as pursuing many other workers' rights issues for his MGEA brothers and sisters. Don was a long-time member of the Royal Canadian Legion, joining to honour his father, a veteran of the Second World War and was also a contributing member of the Brandon Wheat City Lions Club. After retirement, Don moved back to Portage la Prairie where he resided for the rest of his life. Don loved to drive. This included all kinds of vehicles - hot rods, classic cars, half-tons, dump trucks, and front end loaders which he maintained himself. He started driving a dump truck for his father's company, Taylor's Cartage in Portage la Prairie, at age 14. Later in the 1980s, he had his own business operating a dump truck and front end loader. He was happiest driving his vehicle on a road trip. At various times throughout his life he took trips to Florida, Texas, Arizona, Alberta, BC and Nevada to name only a few. He used other types of transportation to travel to many places such as Hawaii, Alaska, Arizona, Cuba, the Dominican -Republic, Mexico, Bahamas, Texas, Florida, California, PEI and other places. Don enjoyed the destinations; not so much flying to get there! He would much rather drive. Don's family would like to give a special thank you to all those who assisted with his health care: Dr. Kinnear and the professionals from Portage Home Care Services, physicians and nurses from Portage General Hospital and the Health Sciences Centre. His family would also like to thank his neighbour Doug for all of the many things he did for Don. As per Don's wishes he will be cremated. A Celebration of Life will be held at the Masonic Hall, 50 Tupper St. S., in Portage la Prairie on Saturday, December 4, 2021 from 1 p.m. to 3:00 p.m. Vaccine cards and ID will be checked. In lieu of flowers, please make donations to the Canadian Diabetes Association. Please send condolences to brandachs@gmail.com.