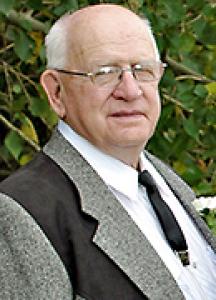 BICKFORD, Lawrence Richie. Peacefully, on Saturday, November 20, 2021 at the MacGregor Health Centre, surrounded by family, Lawrence Richie Bickford entered into rest at the age of 92 years. Lawrence was born on March 1, 1929 at home at Norton, New Brunswick, the third of twelve children born to Richie and Mary Bickford. The family moved to Springfield and finally settled in Sussex, New Brunswick. As a very young boy, Lawrence had a curious streak and always wanted to see what was down the road so would venture off on his own until his mother finally had to tether him near the house so she knew where he was! As he got older, he started working for the farmer across the road and that was the beginning of his interest in farming. He decided to leave school early in order to attend agricultural college in a nearby town. As a young man just out of college, Lawrence decided to move west to Manitoba and though he remained in Manitoba for the remainder of his life, he never forgot his roots and family and made numerous trips back to New Brunswick. In Manitoba, he initially worked on his uncle's farm in the Arizona district south of Sidney. After a short time there, he was hired by another local farmer where he worked for eight years. During these years, he met Kay Creasy. They married in 1952 and lived in Carberry where their three children were born. In 1956, they moved their young family to Winnipeg. While living in Winnipeg, Lawrence worked as a heavy machine operator for Kleysen's Cartage and the City of East Kildonan. In 1970, the farming bug hit again and the family moved to a farm in the Firdale area. For the first few years at Firdale, he supplemented the farm income by working at Carnation Foods and Thomas & Pallister International Equipment, both in Carberry. Eventually he was able to expand the farming operation by purchasing more land at Firdale and he became a full time farmer. In 1977, the Beautiful Plains School Division needed a bus driver for the Firdale area so Lawrence stepped up and accepted the position and enjoyed the job and his young passengers for 25 years. After mandatory retirement from the school bus, he helped out during potato harvest by driving potato trucks for a couple of local growers. In 1982. he sold the farm and moved to Carberry. In October of 1983 Lawrence married Betty Froese and welcomed her five children into his life. The following year they built a house on an acreage west of Carberry where Lawrence once again was able to have some cattle, horses, goats, geese, dogs and cats. His love of animals continued to flourish. After 24 years on the acreage, Lawrence and Betty made the difficult decision to retire. The livestock and the land were sold and they moved into the Carberry Lyons Manor. They found they missed their outdoor space so they purchased a house with a large garden and yard in Austin where they have lived for the past nine years. Lawrence will be dearly missed by his wife Betty; by his children, Ritchie (Sharon), Jody (Wayne) Becker, Shelley (Mark) Ducharme, three grandchildren and seven great-grandchildren; as well as Betty's children, Abe, Betty-Anne, Katie, Cameron (Daphne) and Dale and her six grandchildren and four great-grandchildren. He is also survived by his brother Murray and sister Barbara and numerous nieces and nephews. The funeral service for Lawrence was held on Wednesday, November 24 in the Westend Community Church, MacGregor, Manitoba with interment in Austin Cemetery, Austin, Manitoba. Pastor Roger Woywoda officiated. Pallbearers were Mark Ducharme, Abe Froese, Garrett Froese, Dale Froese, Betty-Anne Johnson and James Peters. Those wishing to make donations in Lawrence's memory may do so to Sprucedale Industries Inc., Box 255, Austin, MB R0H 0C0.