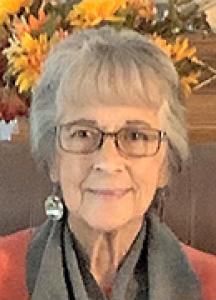 PEETZ, MaryAnn Peetz (Fast) passed away peacefully at the Strathmore Hospital on Monday, November 29, 2021 at the age of 79 years. Mom was born near Rivers, Manitoba on March 24, 1942 to Dick and Agatha Fast and three older siblings. She married in 1959, moved to Brandon in 1962 and had two children – Tracey and Terry. As her children became more independent, she took a job with the Roy Johnston law firm in Brandon, spending several years with them. After her first marriage ended, she married Eberhard Peetz in 1979 and they spent their first years together traveling to many exotic locations. Over the subsequent decades, MaryAnn proved herself a savvy businesswoman and they dove into several successful ventures. MaryAnn and Eberhard owned the Ninette Motor Hotel from 1980 to 1984 where they made many close friends and developed a fondness for camping and cottage living. She worked for the Dakota Ojibway Tribal Counsel as a bookkeeper for a few years and in 1991 they purchased the Columbia Motel in Radium BC. Although she enjoyed the hotel business, the lure of the prairies took them back to Manitoba in 1993. One of the highlights of her life was her grandchildren. She was blessed to live right around the corner from them in Brandon for a few years, watching them after school and letting them teach her how to play "new" games – lovingly getting the name "Grandma Nintendo". She enjoyed making them pickles every summer and always looked forward to spending time with them. After both of her kids and the grandkids moved to Alberta, MaryAnn and Eberhard did follow for a short time but once again the lure of the camping life brought them back to Manitoba, first to Rivers where Maryann realized a lifelong dream by opening her own second-hand store with her sister, then back to Brandon. After retirement, MaryAnn and Eberhard spent most summer weekends at the lake with their "lake family", first at Stuart Lake then at Shoal Lake where they made many dear friends. They spent several winters in Texas enjoying the warm weather and socializing with other snowbirds. After Eberhard's passing in 2016, MaryAnn moved to Lion's Manor in Brandon. She enjoyed spending time with very special friends and kept busy volunteering at the 'Nearly New' store. Working with the people at the store was something she looked forward to every Wednesday and when her health took a turn for the worse, her biggest regret was having to give that up. In 2021 she moved to Alberta again to be closer to her family and had just moved into Wheatland Lodge in Strath-more on October 1 where she was looking forward to making new friends and partaking in the activities there. MaryAnn is survived by her son Terry Neufeld (Wanda Dixon), her daughter Tracey (Jeff) Wingrove, her grandchildren Brendan Wingrove and Jay Wingrove, her siblings Lena Dyck, Katie (George) Kroeger, and Dick (Gladys) Fast, several nieces and nephews, brother-in-law Wolfgang (Marita) and sister-in-law Regina in Germany. She was predeceased by her husband, Eberhard, and her parents Dick and Agatha Fast. A Celebration of Life will be held in Brandon in Spring or early Summer. In lieu of flowers, donations can be made to the Heart and Stroke Foundation.