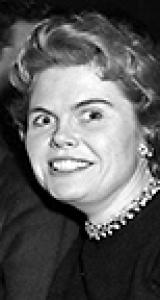 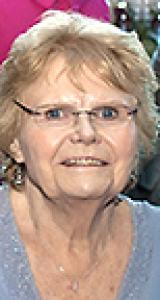 Beryl Lorraine Bingham passed away peacefully in Winnipeg, MB on November 28, 2021.
Beryl was born in Morden, MB on July 1, 1934, one of five children of Elmer and Elva (Hamilton) Scharf; sister of Ronald, Melvin, Thelma and Donald. Beryl grew up on her parents' farm in the Pembina Valley, two miles from La Riviere, MB. Beryl and her siblings rode to school on a bike or on horseback, but when the snow came, they rode in a sleigh pulled by two Shetland ponies.
Beryl trained as a secretary and worked in law offices in Vancouver, BC and Winnipeg, MB. In 1958 she married Gordon Bingham and they had two boys. After they divorced, Beryl raised the two boys by herself. She was an exceptionally wonderful mother. In 1971, she graduated as a high school teacher. She taught Business Education and was Department Head at Elmwood High School in Winnipeg, MB until retiring in 1993. Beryl also taught Continuing Education classes in Microsoft Word for the University of Manitoba and for the Winnipeg School Division both in Winnipeg, MB. She served as President of the Business Education Teachers Association for Manitoba for two terms.
In 2005 Beryl moved from the home where she raised her boys into the Sterling House assisted living facility, where she spent 15 wonderful years. During that time, she stayed physically and mentally active by attending the Reh-Fit Centre and by writing four comprehensive family history books (Scharf, Hamilton, Bingham and Anderson).
Beryl was predeceased by her parents, Elmer and Elva Scharf, her brother Melvin Scharf, and her nephew Myles Scharf. She will be lovingly remembered by her sons, Phillip and Randy Bingham; her grandchildren, Morgan and Reed Bingham; her brothers and sister, Ronald Scharf, Donald Scharf and Thelma Fishbrook; her nieces and nephews, Melacyn Leiding, Karmen Sigfusson, Bradly Scharf, Douglas Scharf, Loretta Fishbrook, Perry Fishbrook, Rodney Fishbrook, Paul Scharf, Paula Scharf; and her many cousins (all of them her favourite), co-workers and relatives she met when writing her history books.
In lieu of flowers, donations in Beryl's memory may be made to the Reh-Fit Centre, 1390 Taylor Avenue, Winnipeg, MB R3M 3V8, or a charity of one's choice.