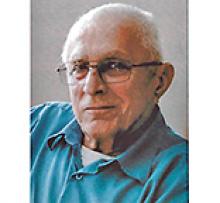 It is with profound sadness the family of Tony Deneka announces his passing, Sunday, December 5, 2021 at Arborg and District Health Centre, with his wife and family by his side.
He is predeceased by parents, John and Helen Deneka; father-in-law and mother-in-law, Michael and Jean Lupky; two younger siblings, Bob and Sally Deneka and brothers-in-law, John Rozecki and Joe Lupky.
Left to cherish his memories is loving wife of 57 years, Katie; son Robert (Melissa) Deneka; daughters, Marianne (David) Sumka and Gladys (Bradley) Hokanson; grandchildren, Alex, Connor (Steve), Morgan (Dylan), Madison (Ryan), Hunter, Carter and great-granddaughter Rhea. Tony is also survived by his sister Phyllis (Nick) Ladyka; brother Russell (Patricia) Deneka; sisters-in-law, Anne Rozecki and Olga Lupky and numerous nieces and nephews.
Born and raised in the Arborg area, Tony farmed in Okno the entirety of his farming career. Tony and Katie married in 1964 and started their mixed farming operation in Okno. In 1974, Tony and his brother Russell started Arborg Tire Ltd. and in 1976, they built a new tire business with a mobile service. Along with this business, Tony and Russell also farmed together for many years.
His hobbies included deer and moose hunting, ice fishing, going to auction sales and socializing with friends and family. Tony worked very hard to provide for his family, working various jobs off the farm, which his children admired him for. Tony enjoyed his time with his grandchildren, pulling them around the farm on the trike and letting them enjoy treats from his peanut jars and candy bowl. In their years of retirement, Tony and Katie moved to the town of Arborg in 2016 and continued enjoying the company of friends and family and cruising the country roads. Dad enjoyed any gatherings that included dessert, especially cake!
We would like to thank Dr. Donnelly for his many years of medical care and Dr. Komolafe for his excellent care and attention when Tony first came to Arborg Hospital. Thank you to the nursing staff and healthcare aides at the Arborg Hospital for the amazing care and compassion they showed Tony during his time there.
As per Tony's wishes, cremation has taken place. No funeral service will be held at this time. A private family memorial will be held at a later date.
In lieu of flowers, friends so wishing to donate in memory of Tony, may do so to the charity of their choice.
Honorary pallbearers will be his grandchildren and great-grandchild.