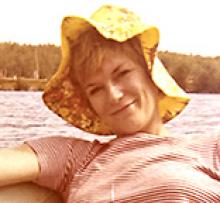 It is with great sadness that we announce the passing of Carol Ann Maeren at the age of 77 years after a lengthy illness.
Carol was predeceased by her husband of almost 58 years, Valere, until his passing January 5, 2018; her two sons, Donald (1963) and David (2004); parents, Francis and Queenie Cross; and sister Joan Herbertson Hadfield.
She leaves to cherish her son Darryl (Heather), his children, Jennifer, Justin; and David's children, Chantel and Melissa.
Carol was born and raised in Victoria BC, where she met the love of her life, Valere, while he was stationed with the army in Esquimalt. They eventually moved to Winnipeg to raise their family and began her career as a nurse's aide, and later as a home care worker. She took great pride in taking care of her patients and clients, always making sure they were treated with compassion. Her greatest joy was watching her family grow and hosting many holiday events. Carol and Val enjoyed much of their time together fishing, camping and enjoying lake life at Spruce Sands where they had a seasonal site. But she was also very content watching television and reading a good book. Carol's greatest passion was taking care of her family pets and the neighbouring wildlife.
Carol was very fortunate to develop friendships with some very special people, her longtime friend Mary Dinsmore, as well as her closest neighbours, Jan Leurquin and Debbie Franklin. In her last year she struck up a special friendship with Monika Van Osch, who quickly became a part of the family assisting and visiting Mom on a regular basis. She was also deeply indebted to close family friend Tracey Dinsmore who kindly adopted the family dog, Ozzie, when they could no longer take care of him.
The family would also like to acknowledge the health care professionals at both the Victoria and St. Boniface General Hospitals who took care of her while she was in Palliative Care for the last eight months of her life.