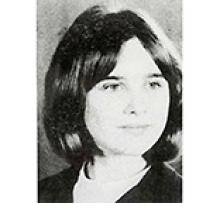 It is with sadness that we announce the passing of Jocelyne Young at the age of 72 years, on December 9, 2021.
Predeceased by parents, Roland and Jean Blanche Seguin. Left to cherish her memory is her husband of 42 years, Colin Young; sisters, Leanne and Lyse; as well as many nieces, nephews, cousins and friends.
Jocelyne was born in Montreal, Quebec and graduated from College Mother House. Her first job was secretary to the head of the World Bank in Washington, DC. She spent a year there, until she returned to Montreal where she joined the accounting firm of Coopers & Lybrand, where she worked for three years. Jocelyne later became a training manager with RJR-MacDonald Inc., moving to Toronto, ON; it was at this job that she met her future husband, Colin Young, at a company golf tournament. They were married in 1979 and they were inseparable for 42 years.
Jocelyne and Colin resided in Toronto up until their retirement in 1997, where they later moved to Lake Joseph in Muskoka, ON spending their winters away in Rancho Mirage, California. In 2008, they moved to Winnipeg, residing in Old Tuxedo while still enjoying their winters away in California.
As per Jocelyne's wishes, cremation has taken place and no formal service will be held.
If friends so desire, donations may be made to the Heart & Stroke Foundation of Manitoba, 1379 Kenaston Blvd., Winnipeg, MB R3P 2T5.