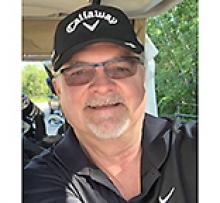 It is with heavy hearts we announce the passing of Ken Liwiski on December 23, 2021, at the age of 65, following a courageous battle with cancer.
Ken is survived by his beloved wife Ruth, mother Frances Liwiski, sister Marlene Cooke (Barrie) and children, Kyle Cooke (Lindsey), Tyler Cooke (Tyra Lavoie), Corey Cooke; sister Brenda Liwiski (Roy Hennessy); sister-in-law Linda Sellar (Dave) and children, Mandie Sellar (Dave Martini), Shane Sellar (Megan); great-nephew and nieces, Colby, Ellie, Madeleine, Mijanou and Anouk and honorary niece, Michelle Ward Escalante (Alan). Also surviving Ken are his aunts, Rosalene Maksymetz, Jeannette Todoruk, Isabel Tokar and numerous cousins. Ken was predeceased by his dad, Wesley Liwiski (2015) and niece, Orlene Sellar Stow (2015).
Ken was born on March 23, 1956 in Gilbert Plains, Manitoba. He spent his happy childhood years on the farm. In 1969 his family sold the farm and moved to Winnipeg. After graduating from Pierre Radisson Collegiate, he attended college and pursued a career in computer technology. He worked as a computer technician for several years before changing his career entirely, becoming a financial advisor in 1994. Since then, he has enjoyed a distinguished career as a financial advisor with Desjardins Financial Security Investments, where he thrived as a leader in financial planning and achieved numerous sales successes. Ken volunteered as a committee member for the St. James Assiniboia 55 Plus Centre relocation.
Ken had a passion for nature photography which inspired him to create Kenman Foundation. The Foundation was designed to encourage individuals to donate to charity through the promotion of his photographic art.
Ken married Ruth on June 25, 1983. Ruth was the love of his life and brought him enormous joy and laughter. They were inseparable and enjoyed golfing, travelling the world and spending time with family and friends.
The family would like to thank Chuck Van Nest for his comforting visits with Ken during his illness, Pastor Sean Sagert for spiritual care often at a moment's notice, and many friends and relatives for their endless acts of kindness and encouragement. Special thanks to Ken's sister, Marlene, for her strength and unwavering support while assisting Ruth in navigating turbulent waters over the last several months. Also, thanks to the doctors, nurses and health care aides of Grace Hospital, Health Sciences Centre (Unit D4), CancerCare Manitoba, and Grace Hospice for their compassionate care.
In lieu of flowers, those who wish are encouraged to make a donation in Ken's memory to one of his favourite charities, which are listed under kenmanfoundation.org or to a charity of their choice.
Cremation has already taken place and a Celebration of Life will be announced in a future edition of the Winnipeg Free Press when it's safe for folks to gather.