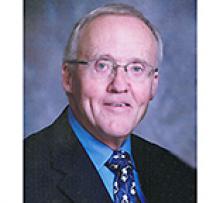 On December 26, 2021, Dad went to reunite with the love of his life, Suzanne (Blanchette).
Born in Miami, MB to Fred and Roma Bourrier (Lussier), Dad grew up on a farm near Altamont. As the son of a hard working, honest farmer, Dad developed his strong work ethic that followed him throughout his life. Always the strong character, he saved his father's life at the very beginning of harvest one year when he was only a teenager. The respect shown by the community allowed harvest to be completed in practically one day. Later in life on the advice of his father, Dad moved to the city where he first worked at International Harvester in the parts department, then construction helping build the floodway and then the Trans Canada Highway near Elie. Then Dad joined the Police Force where he was a Constable for 30 years, first for the City of St. Boniface and then the City of Winnipeg after amalgamation. Always true and genuine, Dad would rather educate than chastise someone with a fine or an arrest, if he could.
In 1982 he married the love of his life, Suzanne (Blanchette), and they shared a beautiful 37 years together, attached at the hip. They loved to travel, and travel they did. Many of those trips were with Suzy's parents Marie-Paule and Aurèle (Bud) Blanchette. Dad loved those trips to China, Hong Kong and many times to Vegas. He loved the lights, the shows and the food.
Dad was a tidy guy, as was apparent by the way he kept his home, his yard and his car. He was always spotless and maintained. The last few years were a bit of a struggle, the biggest being the loss of Suzy. He missed her beyond words and often talked about her. This last year he moved to Actionmarguerite St. Boniface so he could focus on finally relaxing enough to allow himself to be taken care of, instead of always being the one caring for others. The love and respect shown to Dad by everyone at 4DE will always be remembered and greatly appreciated. In and amongst the struggles of the last couple years, Dad still managed to get out and go for coffee with The Coffee Guys (Bob and Bob), go on adventures, on road trips and for many suppers with his son.
Left to cherish this beautiful soul's memory are his children, Nicole and Daniel, his grandchildren, Sarah, Heather and Rachael, his great-grandson Kalvin, siblings, Jackie (Roy), Gerald (Aline), Lorraine, Alice (Robert), Sue's siblings, Gerry (Donna), Roger (Stephanie) and Norma (Claude), as well as numerous nieces, nephews, cousins and more friends than can be counted.
In lieu of flowers, we ask that you please make a donation to the Alzheimer Society of Manitoba.
As per his wishes, Dad has been cremated. A private service will be held on the second anniversary of his beloved Sue's passing. You are invited to join virtually at 2:00 p.m. on Tuesday, January 11, 2022, accessing the livestream on Dad's obituary at www.greenacresfuneralhome.com