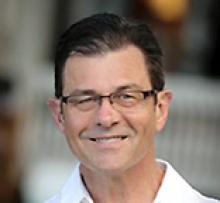 Our beloved Larry passed away peacefully on December 22, 2021, four days after his 68th birthday, and after a long, courageous battle with cancer. He is predeceased by his father Lloyd and will be missed by his mother Merle, loving wife Lynne, son Marcus (Giulia), sister Diane (Larry) and his extended family, including nieces and nephews.
Born in Winnipeg, Manitoba, on December 18, 1953, Larry graduated from the Business Administration program at Red River College in 1974 and immediately began a long and distinguished career in the group retirement services business of the Great-West Life in Winnipeg.
Larry distinguished himself at the GWL head office and in 1980 he accepted a transfer to Vancouver, British Columbia to take on a new role in the company's regional field office. He quickly advanced through increasingly senior roles within the Vancouver 0ffice and was promoted to Regional Director, Western Canada, Group Retirement Services. In that role, managing the regional teams in both BC and Alberta, Larry was a frequent award winner and respected leader during a remarkable 35 year career with Great-West Life (Canada Life).
In 2011, Larry joined TRG Group Benefits in Vancouver, and led the firm's Group Retirement Services Practice continuously until TRG's merger with HUB International in 2019. During his time at TRG, Larry was instrumental in helping the firm develop its growing group retirement advisory practice. Under his leadership, TRG grew to become one of the largest regional retirement consulting firms in Western Canada, and Larry earned the respect of both his TRG team, the firm's clients, and the group insurance industry across the country.
Larry's personal life was no-less successful and fulfilling. Larry was a devoted, loving husband to Lynne and father to Marcus and his family was his first love. He always made time in his busy work-life for family and friends. Larry especially treasured his time with son, Marcus, attending every hockey game with admiration as Marc moved through the ranks of the North Shore Winter Club hockey program and into the BC Junior Hockey League where he continued to play at a high level.
He loved travelling and learning about the world around us. He had many memorable holidays with family and close friends over the years, but equally enjoyed staying close to home to nurture and support his many friendships here. Larry enjoyed hikes with friends and his dogs, Frisket and Vega, meeting for coffee and some one-on-one time with friends who could use a pep-talk, longer conversations over breakfast "meetings" with buddies, and especially hosting his and Lynne's annual Ukrainian Christmas Party at their home in North Vancouver.
An avid golfer, Larry was also a member of Seymour Golf and Country Club, spending many enjoyable hours there with long-time golf friends and making new golf buddies while working hard to get his non-member friends to join the club just so he could spend more time with them.
Larry was truly a loving, caring, glass half full person, who lived life well and with enthusiasm!
Special thanks to Dr. Simmons, Dr. Hughan and all the amazing doctors, nurses and staff who cared for Larry at the North Shore Hospice.